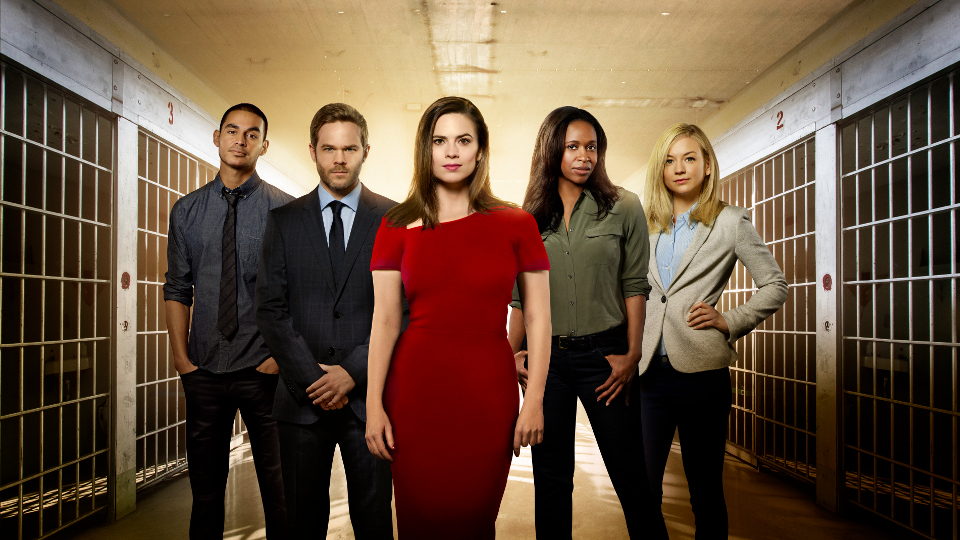 The season one finale of Conviction actually looks to be the last of the show. It didn’t do well in the early ratings and missed out on a full season.

It also took a bit too long to pick up and the mix of characters felt wrong. However, it did pick up and the last few episodes were a lot better. Sadly it ended with lots of unanswered questions that we’ll likely never find out the answers to.

In the episode Hayes (Hayley Atwell) and the CIU took on the case of Gerald Harris who was put away for murdering his wife. It turned out that Hayes actually defended him the first time, some nine years earlier, and it was also the case where she met Wallace (Eddie Cahill) who was the prosecutor.

The episode jumped between current day and flashbacks to the original case. It gave a great insight into the past of Hayes and Conner and revealed they had sex in a lift shortly after meeting.

Investigating the case they were able to determine that Gerald hadn’t killed his wife. Instead she had suffered a heart attack which had led her to topping over a balcony, hitting her head and her death when she hit the floor.

Elsewhere in the episode, Hayes distanced herself from Wallace due to what her father had said. Later they finally spoke and made up.

Also. the case from episode 3 resurfaced. In that episode Sam (Shawn Ashmore) told a lie that ended up in Rodney Landon going down for assault. The man who Sam lied to was going to testify which put Sam in an awkward position.

Hayes met with the judge and convinced him to not let the inmate testify. Wallace wanted Sam fired and Hayes said she would do it. Sam planned to plead the fifth to protect the CIU but it would also end his career.

At the end of the episode, Hayes unexpectedly kissed Sam as the office cleaner watched. She said he would be able to claim sexual harassment and keep his job.

Wallace also witnessed the kiss and looked rather upset. Hayes said sorry as she walked past him leaving viewers to wonder what would have happened next.