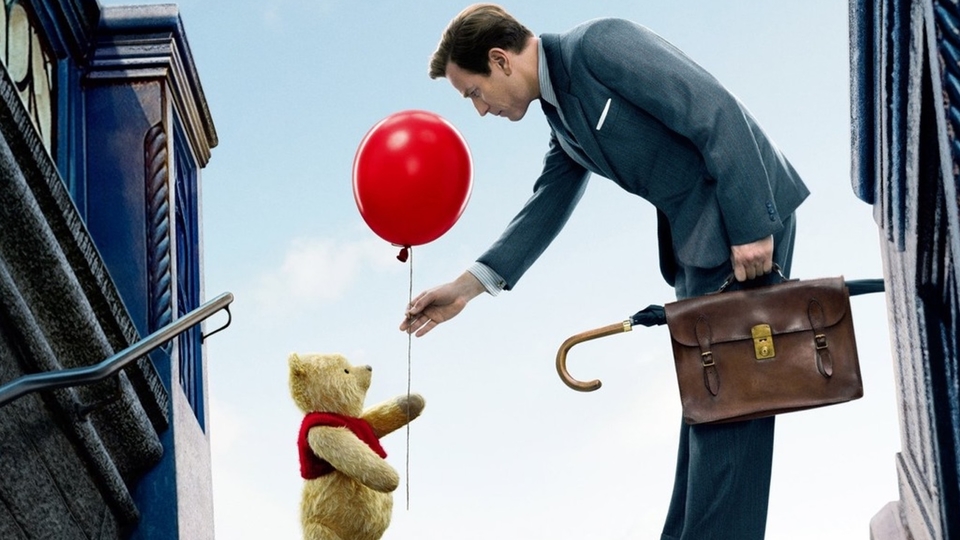 Winnie the Pooh is one of the most beloved characters in children’s literature and this year has seen no less than two films come out that features the little bear. First we had Goodbye Christopher Robin starring Domhnall Gleeson and Margot Robbie, and now Disney have brought out Christopher Robin – a family adventure focusing on the friendship between Christopher, Winnie the Pooh, Tigger, Eeyore, Piglet and all the residents of the Hundred Acre Wood, starring Ewan McGregor and Hayley Atwell.

Disney’s live-action version of Winnie the Pooh follows on from years of beloved animated and literary adventures – something that has endeared Pooh and his friends into our lives and whose madcap adventures.

Pooh has had a very interesting journey to the big screen, having started life on the pages of A.A. Milne’s delightful books before Hollywood beckoned and Disney bought the rights. Pooh has been the subject of many legal cases about ownership and copyright as various estates have sought to claim royalties for the character.

We thought we’d take a look at a few of the iterations of Winnie the Pooh that have come out to celebrate the release of Disney’s Christopher Robin and to see where the legacy has taken the character.

The character of Winnie the Pooh came about from author A.A. Milne. He made these stories to connect with his son Christopher Robin Milne, and they soon became a worldwide hit.

In 1924 Milne wrote a poem featuring a bear in the children’s verse book When We Were Very Young. This was first based on his son’s bear. The story of ‘Christopher Robin’ and his beloved talking bear first debuted in 1926 in ‘Winnie the Pooh’. This was followed by ‘The House at Pooh Corner’ two years later in 1928. More followed 1927 in ‘Now We Are Six’.

Christopher Milne had decided to name his treasured toy bear Winnie – a Canadian black bear that he visited at London Zoo. Little did he know that this little bear would come to delight audiences the world over and leave a lasting legacy to this day.

The Disney version of Winnie the Pooh

In 1966 Disney took on the rights of Winnie the Pooh and for most modern audiences, their version is the one that is most recognisable. Pooh was already a huge hit around the world thanks to Milne’s books but Disney breathed new life into the character.

Winnie the Pooh has starred in many Disney iterations from TV series, to animated movies, books, comics and more. It is consistently one of Disney’s biggest merchandising arms and continues to endure with audiences the world over.

Winnie the Pooh has been voiced by Franz Fazakas (1960), Sterling Holloway (1966–1977), Hal Smith (1981–1986) and Jim Cummings (1988–present) over the years. Cummings voices Pooh Bear in Disney’s Christopher Robin in a nice touch to the past, bringing Pooh’s unmistakable voice to a whole new generation of film-goers.

The life of A.A. Milne is touched by tragedy and this story is brought to live in this film from director Simon Curtis. Written by Frank Cottrell Boyce and Simon Vaughan, the film explores the trama that Milne experienced after returning from the war, and how these stories became a coping mechanism, not only for that drama but as a way of getting him closer to his son Christopher.

The film was very well received on its release and paints a sad and dark period of time – something which ultimately went on to divide Milne from Christopher when the popularity of Winnie the Pooh affected their strained relationship.
The film stars Domhnall Gleeson as Alan Milne with Margot Robbie as his wife Daphne and Will Tilston playing the young Christopher Robin. Alex Lawther takes on the character in his older years.

Check out our interview with Alex Lawther on Goodbye Christopher Robin.

Check out our review of Goodbye Christopher Robin

This big budget family adventure brings Winnie the Pooh into the live action world as an adult Christopher Robin reunites with his long forgotten friends in a madcap adventure that makes Christopher re-evaluate what’s important in his life.

Check out our full review of Disney’s Christopher Robin

Winnie the Pooh and Tiger are both voiced by Jim Cummings, who has been the familiar voice of Winnie the Pooh for 30 years. Eeyore is voiced by Brad Garrett, Piglet by Nick Mohammed, Rabbit by Peter Capaldi, Kanga & Roo are voiced by Sophie Okonedo and Sara Sheen respectively, and screen legend Toby Jones brings his gravitas to the role of Owl.