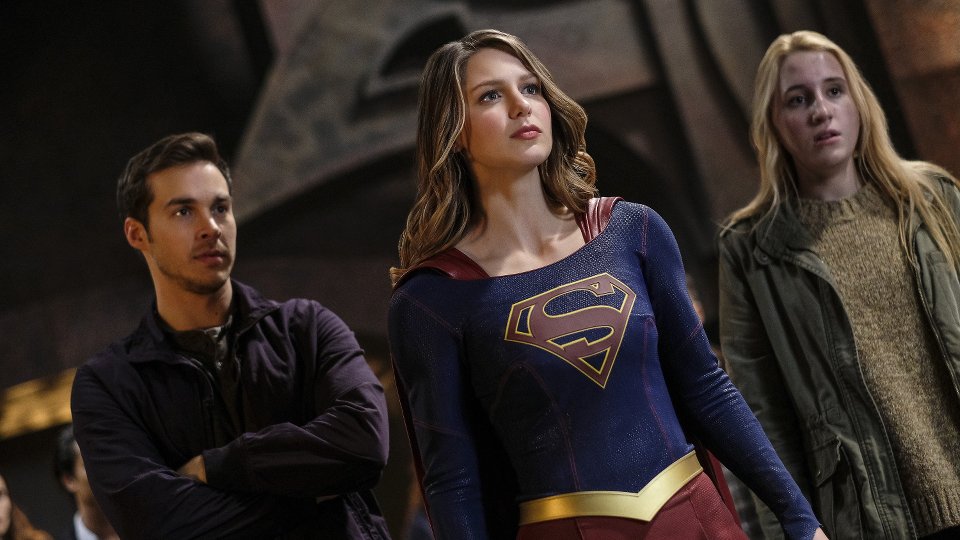 Supergirl’s second season continues in the UK this week as the show settles into it’s new night.

Now airing at 8pm Tuesday prior to The Flash, Supergirl picks up in the aftermath of the epic crossover with The Flash, Arrow and DC’s Legends of Tomorrow.

When last we saw Kara (Melissa Benoist), she was battling Cyborg Superman who unleashed a virus in a bar that killed all aliens apart from Mon-El (Chris Wood). Quarantined by the DEO, Mon-El recovered while Kara investigated the attack.

She discovered that the virus was created by her father with the aim of killing non-Kryptonians. Kara appealed to Lena (Katie McGrath) for help but she refused after Kara revealed that Lillian Luthor (Brenda Strong) was the leader of Cadmus.

Lena gave her mother the isotope required to disperse Medusa, and in a tense showdown with Hank (David Harewood) and Supergirl it was revealed that Lena had pulled off a double-cross. Lillian was arrested and Eliza (Helen Slater) cured Hank and Mon-El.

Elsewhere in the episode Alex (Chyler Leigh) came out to Eliza and Maggie (Floriana Lima) admitted that she did have feelings for Alex.

The next episode of the season is Supergirl Lives. Kara lands herself in trouble when she disobeys Snapper Carr’s orders by investigating the disturbing case of a missing young woman.