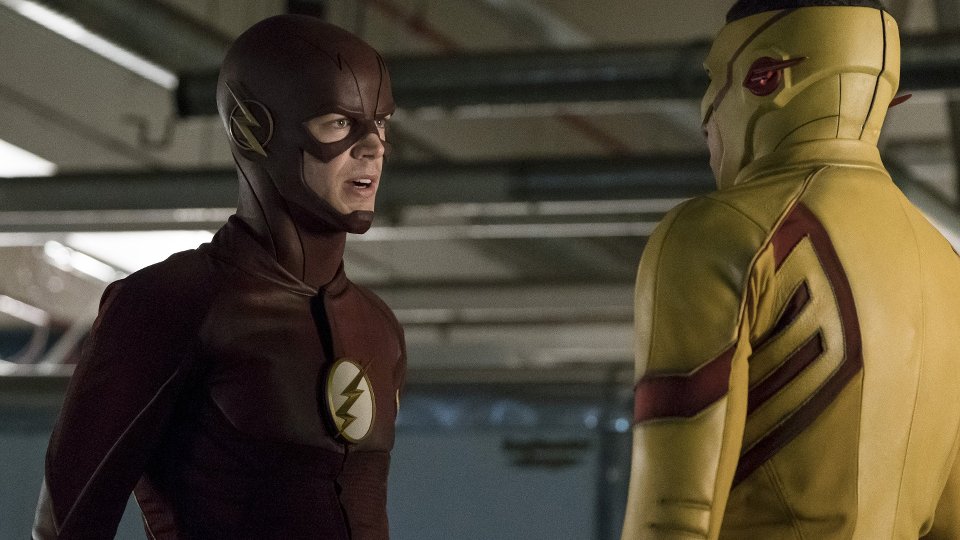 Barry (Grant Gustin) accidentally witness the future on the latest episode of the The Flash and he didn’t like what he saw.

After asking Jay Garrick (John Wesley Shipp) for help fighting Savitar, Barry got a lead on his latest nemesis when he discovered that Julian (Tom Felton) was Alchemy. It transpired that Julian had no recollection of his actions and that he was being forced to serve Savitar without realising what he was doing.

Savitar started to trick Cisco (Carlos Valdes) through visions of his late brother Dante (Nicholas Gonzalez). Barry communicated with Savitar via Julian and he was warned that one teammate will betray them, another will fall, and a third will suffer a fate worse than death.

Having located the Philosopher’s Stone, which was how Savitar was controlling people, Barry and Jay threw it into the Speed Force but in the process Barry was accidentally thrown five months into the future. He witnessed Iris’ (Candice Patton) death at the hands of Savitar.

Elsewhere Wally (Keiynan Lonsdale) got his own suit and Barry bought an apartment from him and Iris.

The next episode of the season is Borrowing Problems from the Future. Iris’s life is cast into jeopardy as Barry’s terrifying vision of the future begins to play out.

Tune in to Sky 1 HD at 9pm Tuesday to see the episode. Preview it with our gallery below: