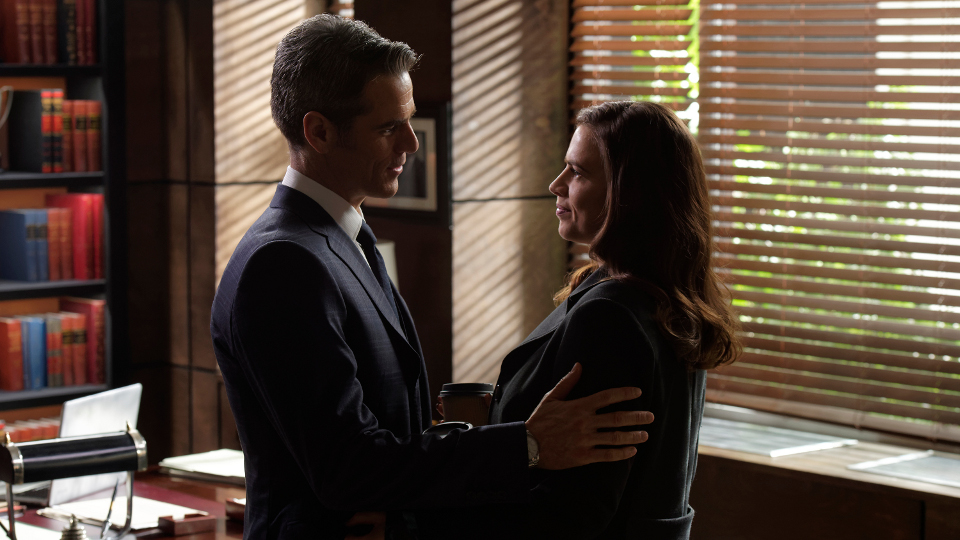 On the penultimate episode of Conviction, Hayes (Hayley Atwell) was given a case by her ex-President father.

The case revolved around a Muslim-American citizen who had been imprisoned for the past six years without trial. He was accused of possessing liquid sarin with the intent of committing mass murder.

Hayes interviewed him via video link and he claimed he was innocent. He had been caught with the sarin in a duffel bag but explained he found it in the boot of his taxi. He’d been carrying it around to try and track down the owner.

During the case the team had several clashes with the feds who refused to believe anything but the man was guilty. They considered him an enemy combatant and accused him of being a terrorist.

After a review of the evidence they uncovered the identity of the informant who turned out to be the cousin of the accused. He claims he told the feds what they wanted to end the torture. After much persuasion he withdrew his claim and told the truth.

Eventually they also tracked down the owner of the bag that contained the sarin. The man was planning to get revenge against people he blamed for the death of his father. When he couldn’t go through with it he left the bag and sarin in the taxi and phoned a tip line.

At the end of the episode, the man was released and got to see his daughter for the first time. Hayes’ father told Wallace (Eddie Cahill) and Hayes that their relationship would fail.

The final episode of Conviction is Past, Prologue & What’s to Come. Things come full circle as the CIU revisit the case that brought them together.

Tune in to Sky Living at 9pm Wednesday, 1st February to see the final episode of Conviction. Preview the episode with our gallery below: