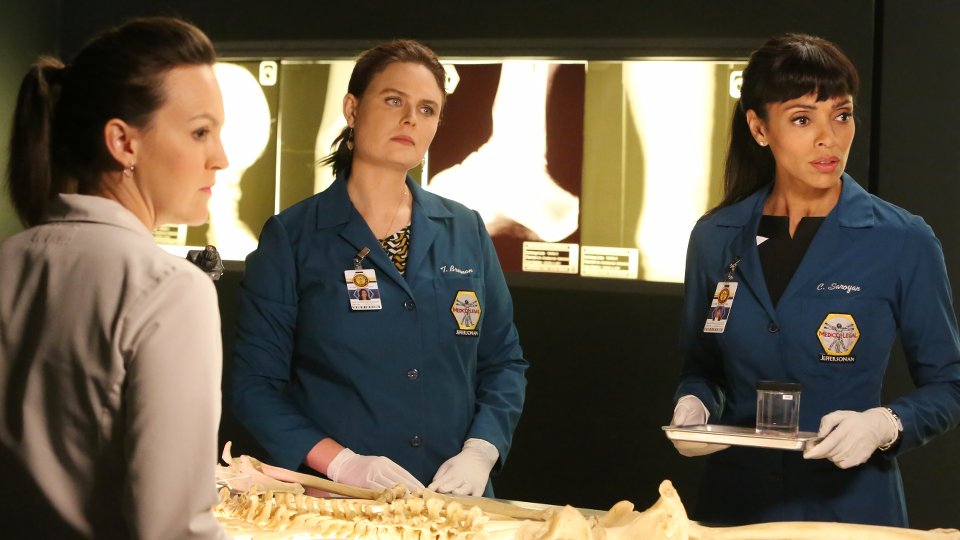 Brennan (Emily Deschanel) was held captive by Zack (Eric Millegan) on the season 12 premiere of Bones.

After being kidnapped by her former colleague at the end of season 11, Brennan was held in the basement of the Jeffersonian as Zack tried to convince her that he wasn’t The Puppeteer. Booth (David Boreanaz) found them and Zack was taken into custody and the evidence against him started to pile up.

Brennan meanwhile took Wendell (Michael Grant Terry) to visit The Puppeteer’s workshop and they found half of a body hidden in a wall. Investigation of those remains led the team to Zack’s doctor, Dr. Mihir Roshan (Ravi Kapoor), who was the true Puppeteer.

Dr. Roshan tried to kill Zack but was over-powered in the struggle. Zack couldn’t bring himself to kill the doctor leading him to believe that he’d never actually killed anyone. Zack asked Booth and Brennan to reinvestigate the death of the lobbyist he had admitted to killing to find out who the real killer was.

Elsewhere Hodgins (T.J. Thyne) was disappointed to discover that the doctor he’d been corresponding with was actually Zack and that he may never get the feeling back in his legs.

The next episode of the season is The Brain in the Bot. When a robotocist is found dead, the team must figure out whether his own artificially intelligent bot was programmed to kill him.