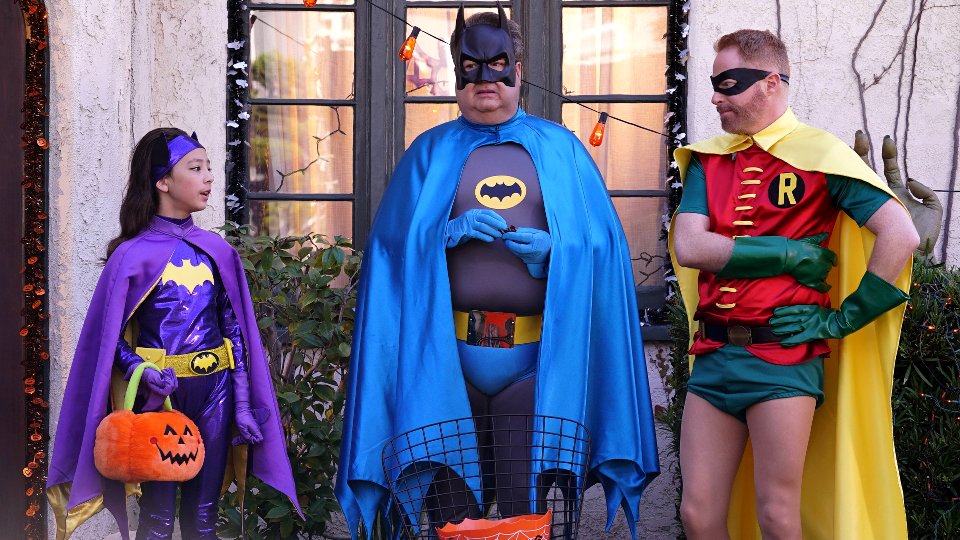 Coming face-to-face with his weatherman hero Rainer Shine (Nathan Fillion) while appearing on a real estate segment on a local news channel, Phil was starstruck. His awe soon wore off after introducing Rainer to Haley (Sarah Hyland), which resulted in the two of them hitting it off.

Elsewhere Jay (Ed O’Neill) interfered with Manny’s (Rico Rodriguez) video application to Juilliard forcing him to be try and be more daring, while Lily (Aubrey Anderson-Emmons) tried to get rid of the football player Cam (Eric Stonestreet) invited to live with them.

The next episode of the season is Halloween 4: The Revenge of Rod Skyhook. Luke’s (Nolan Gould) party gets an unexpected jumpstart, Cam faces off with his Halloween nemesis and Jay clashes with an old enemy.