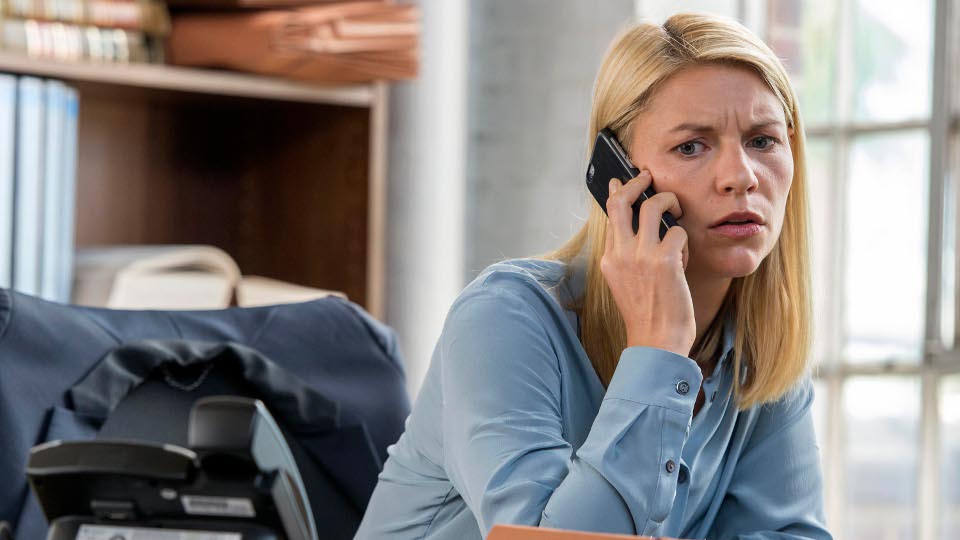 The season 6 premiere of Homeland was set several months after season 5. It caught us up with the main characters and set events in motion for the rest of the season.

Carrie Mathison (Claire Danes) had moved back to the US and was living in Brooklyn, New York with her daughter Franny. She’s still out of the CIA and working at an organisation that defends the rights of Muslims living in America.

In the premiere, Carrie took the case of Sekou Bah (J. Mallory McCree). He was a young black Muslim-American who had been posting videos on the Internet about past terror attacks in the US. He was arrested by the FBI for supporting terrorism.

Carrie also visited Peter Quinn (Rupert Friend) who was staying at a veteran’s hospital. Quinn is a very different person to we’ve seen in previous seasons. After surviving the terrible Sarin Gas chamber last season he was left with permanent damage which seems to have affected his brain and caused partial paralysis.

The hospital were keen for Carrie to visit less as they felt her presence was detrimental to Quinn’s recovery. After she left, Quinn went missing with his latest government cheque. He was blowing the money on prostitutes and drugs and ended up getting mugged. Carrie eventually let him stay in her spare apartment.

Elsewhere in the episode, Dar Adal (F. Murray Abraham) and Saul Berenson (Mandy Patinkin) met with President-elect, Elizabeth Keane (Elizabeth Marvel). They were to brief her on the CIA’s activities but they were shocked by her treatment. Dar suspected that she might try to demilitarize the CIA due to her son being killed during his final tour of Iraq.

At the end of the episode, Dar Adal was chairing a meeting that included General McClendon (Robert Knepper). Saul was not in attendance which probably means that Dar is up to no good.

Check out the Homeland 6×02 trailer below:

Here’s the synopsis for Homeland 6×02 – The Man in the Basement:

Carrie and Reda (Patrick Sabongui) fight for their client. Quinn fights against his new life.