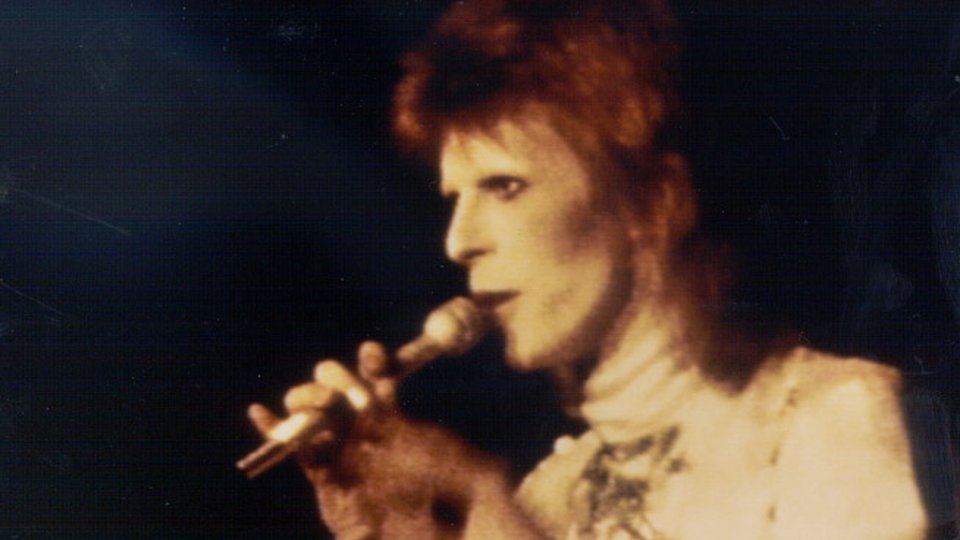 On 16th February, 2017 the legendary concert film, Ziggy Stardust and the Spiders from Mars, will be screened at Hammersmith’s Eventim Apollo for the first time since the concert took place there over forty years ago on 16th February 2017. DJ duo, The Smoking Guns and upcoming band Animal Noise are also confirmed to perform at the event.

The 1973 documentary and concert film by D. A. Pennebaker, features David Bowie and his backing group The Spiders from Mars performing at the Hammersmith Odeon in London on 3 July 1973. At this show, Bowie made the surprise announcement that the show would be “the last show that we’ll ever do”, later understood to mean that he was retiring his Ziggy Stardust persona.

Personal friends of Bowie, the event will kick of with a DJ set from female duo The Smoking Guns. Fresh from Bowie and Prince tribute sets at Bestival earlier this year, the girls will be playing classic Bowie tracks as guests arrive. Animal Noise, who are massively influenced by Bowie’s work, will then take the stage.

CinEvents are working exclusively with Q & MOJO to bring the Ziggy Stardust & the Spiders from Mars concert film to cinemas across the UK on Thursday 2nd March. The CinEvent feature will include additional footage that provides a unique insight into the Ziggy era and the 1973 final show. Cinema attendees will also receive an exclusive souvenir copy of MOJO containing Ziggy Stardust artwork and features.

We’re giving away a pair of tickets to attend the screening on 16th February 2017.

To enter you need to Follow @Ent_Focus on Twitter and RT (Retweet) any of our tweets that mention this competition, @EventimApollo, #ZiggyStardust and #DavidBowie.

We’re giving away 2 tickets to @EventimApollo‘s #ZiggyStardust & the Spiders from Mars on 16/02/17. RT & follow to win! #DavidBowie pic.twitter.com/gxvVJbYgcY

In this article:David Bowie, Ziggy Stardust