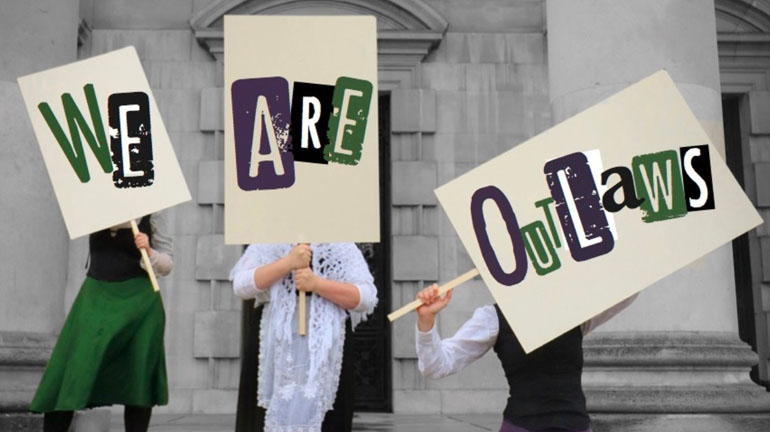 Leeds Civic Hall is set to be occupied by suffragettes as Front Room Productions and Wrongsemble collaborate to present We Are Outlaws: The Leeds Suffragette Story.

This brand new show, celebrating the life and politics of Leeds’ very own ‘Tower Suffragette’, Leonora Cohen, will be performed around the magnificent spaces of the Civic Hall.

The production will take audiences on an immersive journey through the origins of the Women’s Suffrage movement, on both a local and national level. Along the way they’ll meet some familiar faces and some lesser known local heroes – all active figures in Leeds’ fascinating suffragette past.

“Leonora Cohen was a remarkable woman,” notes Elvi Piper, the show’s Dramaturg and Artistic Director of Wrongsemble. “Heavily influenced by the plight of her mother as a widow and poorly paid sweated worker, she was gripped from a very young age by the desire to take action against the unfair disenfranchisement of women.”

Characteristic of both Front Room Productions and Wrongsemble, the action will be underscored by live music and vocal arrangements, repurposing familiar tunes from the likes of Kaiser Chiefs, The Smiths, and David Bowie for female voices.

We Are Outlaws is performed around Leeds Civic Hall on 14th December 2018 at 6pm and 7pm. Tickets are free of charge and will released for reservation at 10am on Friday 2nd December. Book online at frontroomproductions.co.uk/we-are-outlaws