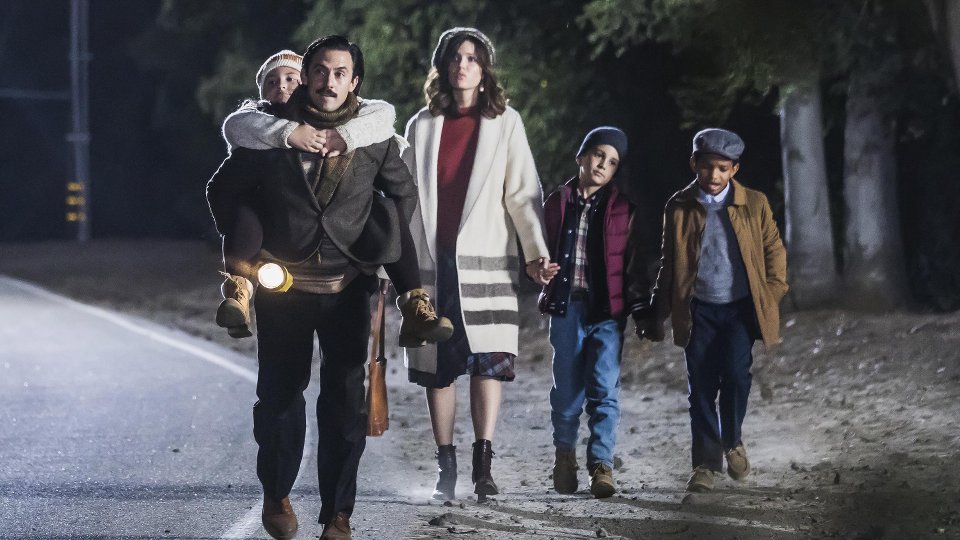 The story behind Randall (Sterling K. Brown) and Kevin’s (Justin Hartley) fractured relationship was revealed on the latest episode of This Is Us.

In flashbacks the two were shown as teenagers who fought and bickered, mostly because of Kevin’s animosity toward Randall. Feeling overshadowed by his adopted brother, Kevin insisted on moving to the basement so he could have his own space.

In the present day Randall and Kevin arranged to go to dinner with their mother Rebecca (Mandy Moore) but when she cancelled they decided to go ahead just the two of them. Following an awkward start, Kevin got upset when Randall admitted he’d never seen his show The Manny. The two brothers revealed some home truths, which led to a very public fight in the street.

Meanwhile Kate (Chrissy Metz) was left upset when her diet hit a rough patch while Toby’s (Chris Sullivan) progressed really well. Things got even tougher when Toby decided to abandon the diet, leaving Kate wondering if they could continue their relationship.

Elsewhere Beth (Susan Kelechi Watson) spent an evening getting high with William (Ron Cephas Jones) and accidentally learned that he and Rebecca had known each other all of Randall’s life.

The next episode of the season is Pilgrim Rick. Jack and Rebecca take the kids on a trip to Rebecca’s parents for Thanksgiving, Kate struggles with her holiday plans, and tensions rise between Rebecca and Beth.

Tune in to Channel 4 at 11.05pm on Tuesday to see the episode. Preview it with our gallery below: