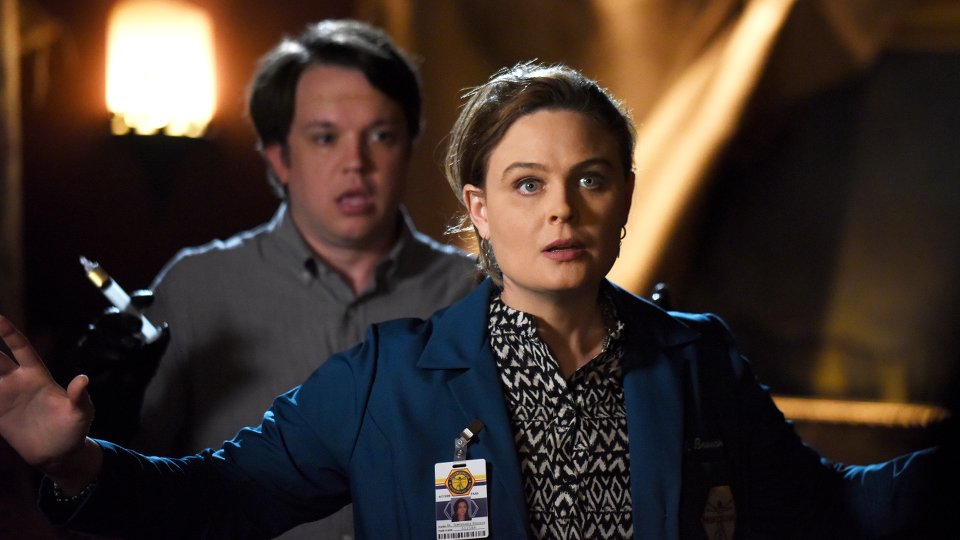 A familiar face made a shocking return in the season 11 finale of long-running crime drama Bones.

This week the twelfth and final season kicks off in the UK and it’ll be picking up where the finale left off. Brennan (Emily Deschanel) and Booth (David Boreanaz) continued to search for The Puppeteer. Brennan blamed her brief time away from her job for not catching the serial killer earlier and it caused her to have nightmares.

As Booth thought he’d worked out who The Puppeteer really was, Brennan was kidnapped and her kidnapper was revealed to be Zack Addy (Eric Millegan)

The first episode of the season is The Hope in the Horror. As the final season of the much-loved murder-mystery begins, the team must race to find the abducted Brennan.