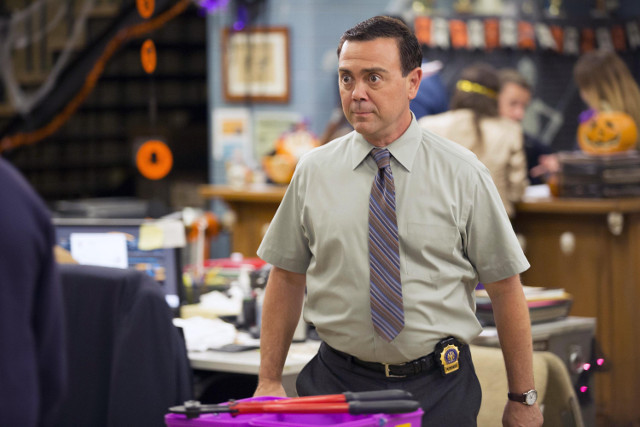 Last week’s first episode, Coral Palms Part 3, saw Peralta (Andy Samberg) and Holt (Andre Braugher) end their witness protection nightmare by drawing Figgis (Eric Roberts) to them. After escaping from a Florida prison, Peralta and Holt enlisted the help of the Nine-Nine to help them bring the crime lord down.

In the second of last week’s double bill, The Night Shift, the Nine-Nine were punished for lying to the new captain and put on the night shift. Peralta became frustrated with Boyle’s (Joe Lo Truglio) commitment to being a father, fearing that it was getting in the way of their partnership. Amy (Melissa Fumero) meanwhile spent the episode spying on Diaz (Stephanie Beatriz) who kept slacking off work.

The next episode of the season is Halloween IV. On Halloween night, the squad members follow precinct tradition and compete for the title of Ultimate Detective Slash Genius.