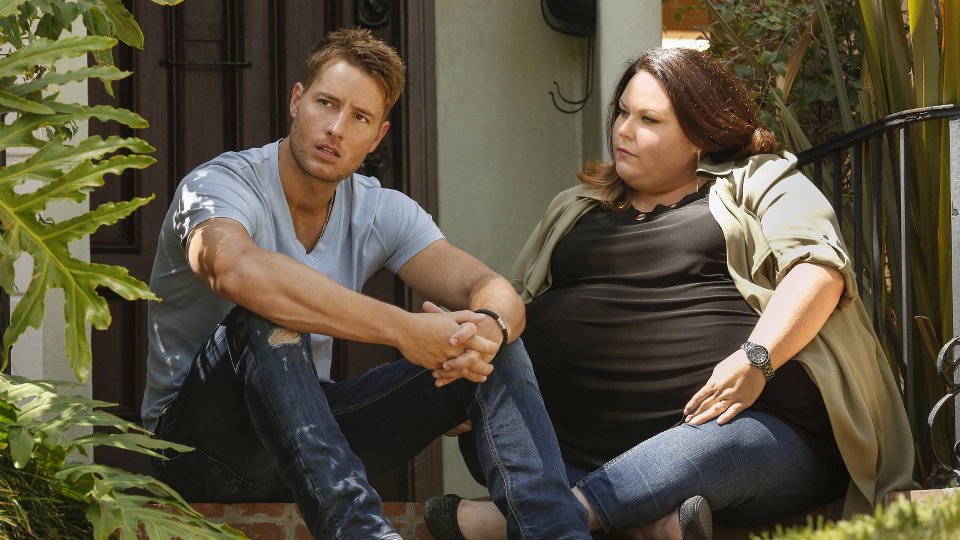 Rebecca (Mandy Moore) and Jack (Milo Ventimiglia) took the kids for a day at the pool that proved very enlightening on the latest episode of This is Us.

During their time ‘relaxing’, Rebecca and Jack realised the problems that their children faced and that they had to overcome as parents. Kate (Mackenzie Hancsicsak) was bullied and made fun of by the other girls because of her weight, Kevin (Parker Bates) felt neglected by his parents and almost drowned, and Randall (Lonnie Chavis) felt like an outsider in the family due to the colour of his skin.

Rebecca was defensively rude to a black mother at the pool when she received unwanted advice about how to look after Randall. Realising that she had ben rude, Rebecca returned to the woman and recognised she needed help raising a black child.

In the present day Kevin (Justin Hartley) auditioned from a play and despite being terrible he got the part, which upset lead actress Olivia Maine (Janet Montgomery). Kate (Chrissy Metz) let her insecurities get the better of her when she saw Toby (Chris Sullivan) talking to his slim ex-wife and took to stalking her to find out more about her.

Meanwhile Randall (Sterling K. Brown) struggled with William’s (Ron Cephas Jones) past as a black activist. Kevin unexpectedly stopped by Randall’s and was introduced to William.

The next episode of the season is The Game Plan. The story behind the love for the Pittsburgh Steelers is revealed; Rebecca and Jack argue about starting a family; Kevin discovers that his play script reflects his own life; Randall and Beth experience an unexpected turn of events.