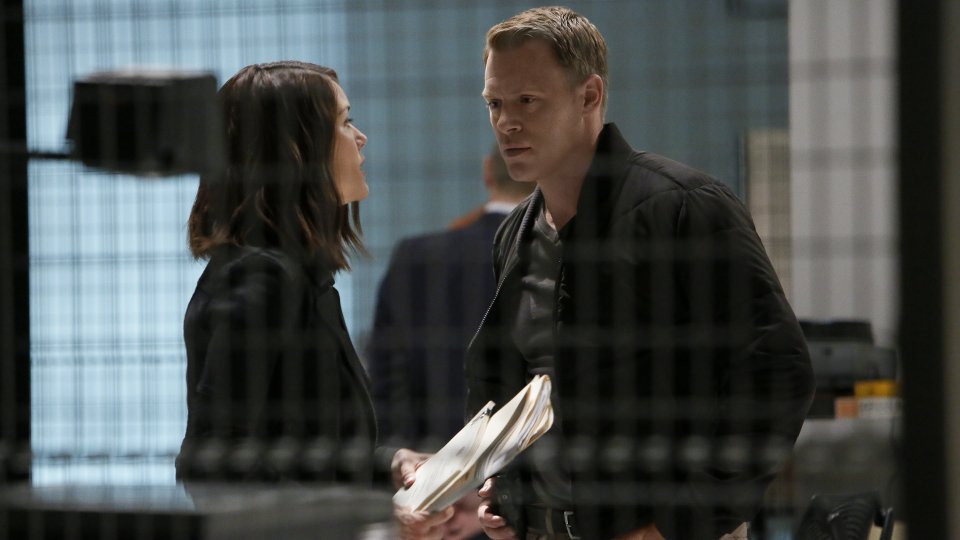 The task force focused their efforts on a criminal targeting young inventors on the latest episode of The Blacklist.

Silas Gouldsberry (Adam Godley) was setting up opportunities to meet inventors and tricking them into believing he was going to help them get financially rewarded for their work. Instead he was stealing all of the inventions and killing the inventors.

Samar (Mozhan Marno) led the team that stormed the office he was working and she managed to shoot him before he killed anyone else or released the details of the inventions to the world. The flash drive containing all of the information was given to Laurel (Christine Lahti) much to Ressler’s (Diego Klattenhoff) anger, and she was seen giving it to Reddington (James Spader).

Elsewhere Red got Alexander Kirk’s (Ulrich Thomsen) doctor to reveal the location of their next meeting. Thinking he was going to confront him, Red was warned last minute by Liz (Megan Boone) that he was walking into a trap and he was almost killed.

The next episode of the season is The Thrushes. When they discover that Alexander Kirk has contracted a group of cyber terrorists to hack the FBI, Liz and Red see an opportunity to lay a trap.