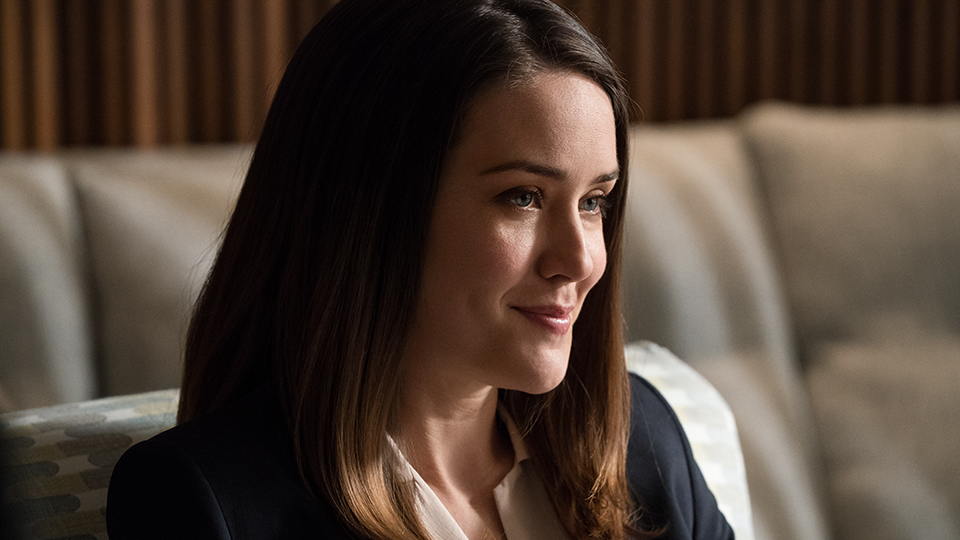 The Blacklist ended season 5 with one hell of a game-changing twist that threatens to change everything we know about the show.

Elizabeth Keen (Megan Boone) orchestrated her own kidnap with an assist from blacklister Sutton Ross (Julian Sands) and her half-sister Jennifer Reddington (Fiona Dourif). The idea was to fool Reddington (James Spader) into believing he got away with the secret surrounding the duffel bag of bones. In reality it was revealed that Jennifer had run a DNA test on the bones and found out that they belonged to… Raymond Reddington.

While Reddington went to visit Dominic (Brian Dennehy) and burn the bones, believing he’d kept his secret from Liz, Liz was speaking to a ghostly apparition of Tom (Ryan Eggold). She explained how her plan had unfolded and shared her knowledge that the real Raymond Reddington had been dead for 30 years. Vowing to find out who the man is that has been pretending to be Reddington, Liz was joined by Jennifer as the sisters set to work on taking him down.

Elsewhere in the finale Samar (Mozhan Marno) woke up from her coma and agreed to marry Aram (Amir Arison), neatly tying up that loose end from a few episodes earlier when it appeared the couple were about to split.

As we wait for season 6 of The Blacklist to kick off later this year, I’ve put together a list of the Top 10 things I want to see when the show returns…

1. Liz and Jennifer working together. That’s what the show hinted at in the final moments of season 5 and I’d like to see the sisters bond and get to know a little more about each other. I’m pretty sure Jennifer isn’t as squeaky clean as she’s been portrayed so far and I wouldn’t be surprised if secrets about her come out over the course of season 6.

2. A satisfying reveal about who the Raymond Reddington imposter really is. While I’m still not 100% convinced that the duffel bag revelation isn’t a red herring, it’s going to be fascinating if the Red that we all know and love turns out to truly be an imposter. I’ve read some outlandish theories online as to who he might be but he must have some connection to Liz, otherwise what’s been the point of the past five seasons?

3. Dark Liz. I don’t know about you but dark Liz is way more interesting than regular Liz. It’s been a thrill to watch her exact a revenge mission throughout season 5 and to be frank, I’d rather watch a show focusing solely on her and Red. With the news that Raymond Reddington isn’t who he says he is sinking in, Liz is going to have to be craftier than ever.

4. Katarina to surface. I’ve been expecting it for years and I truly don’t believe that Katarina, Liz’s mother, is actually dead. There have been several instances in recent seasons that I’ve been certain she was going to pop up but it’s not happened yet. Season 6 feels like it could be the show’s last so I hope we get some real answers about Katarina.

5. Continued serialised storytelling. The last two seasons of The Blacklist have been the show’s best and I think that’s due to the more serialised arcs they’ve had. While the blacklister of the week cases are still a draw, I’m tuning in for the overall arc. I hope that continues with season 6 and that we really get to know some more of the supporting characters like we have with Red’s criminal acquaintances in season 5.

6. Plenty more twists. Nothing is ever as it seems on The Blacklist so I want the show to keep switching things up and surprising us. I have a feeling the duffel bag is just the tip of the iceberg in terms of the revelations that are coming.

7. Harold (Harry Lennix) to get more involved. Like Ressler, he’s been a little bit on the sidelines with the exception of one episode that focused on him. Surely Harold is going to have something to say when he finds out that Red is an imposter. He’s been like a father figure to Liz and he isn’t has no qualms with crossing the line when he needs to.

9. Ressler (Diego Klattenhoff) to get a storyline. I’m not the biggest fan of the character but he was done a disservice in season 5. The blackmail storyline disappeared for weeks then concluded pretty suddenly. The show also seems to have moved on from the fact Ressler murdered Laurel Hitchin (Christine Lahti) with no consequences. In season 6 give him a juicy storyline and utilise him for once.

10. Tense, edge-of-the-seat moments. One thing that season 5 did so well was it transformed the show into a real thrill ride. Every episode had tension and intrigue, and the pace was breakneck. If Liz is really going up against Red in season 6, it should be the most dramatic and balls-out season of the show yet.

The Blacklist returns for a sixth season on NBC in the US and Sky 1 HD in the UK later this year.