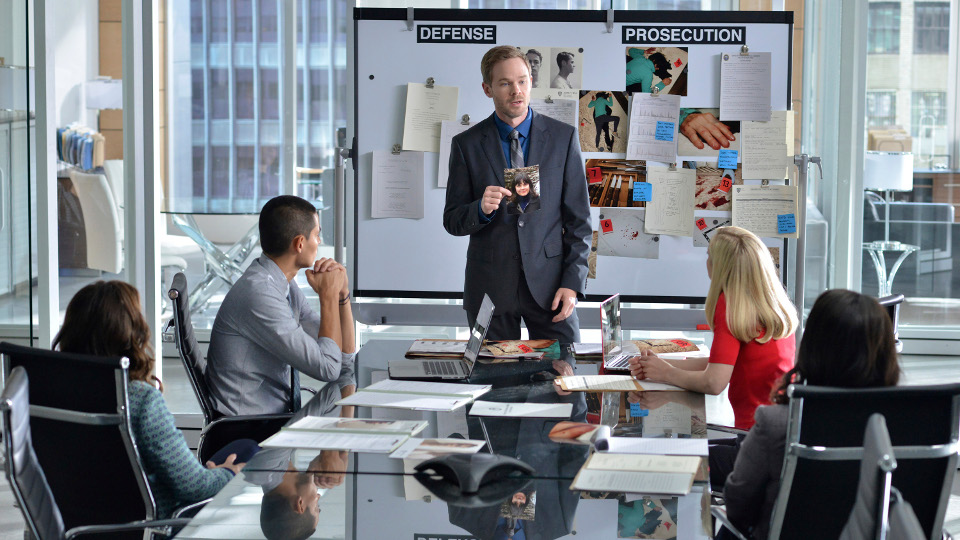 In the latest episode of Conviction, Hayes Morrison (Hayley Atwell) decided to review the case of Penny Price who was sentenced to 20 years for the murder of her son Owen.

Penny was a stay-at-home mom who video blogged about her severely autistic son. On her ‘Mother’s Little Burden’ videos she had revealed how violent he could be with her and, a week before his death, had joked that sometimes she just wanted to kill him.

It seemed that Owen had died from a sodium overdose caused by ingesting an entire bottle of Soy Sauce. Frankie (Manny Montana) and Tess (Emily Kinney) found a toxicologist who had worked on the case but didn’t testify. She felt he had been killed by an insulin overdose.

The CIU team eventually discovered that the insulin had been administered to Owen by his sister Emily. Hayes confronted Emily while she was visiting her mum. Penny refused to let Emily go down for the crime and chose to stay in prison.

Elsewhere in the episode, Hayes was pushed into a TV interview to try and limit the damage caused by the news of her drug arrest. Her brother Jackson helped prep her but she lost it during the interview and confessed that her own privilege had got her off. She also said that she was using it to help innocent people through her new job.

It seemed that she had blown the interview but instead she caught the attention of the public who rallied behind her. While good for Hayes her performance would negatively impact her mother and Wallace (Eddie Cahill).

After the interview she went to see Wallace and he explained that his career was now in danger. Romance was off the cards for the pair as he kicked her out of his office.

At the end of the episode, Hayes returned home to find that Jackson had also kicked her out of their apartment.

The next episode of the season is The 1% Solution. While Hayes deals with the fallout of her controversial interview, the team reopens a case involving the murder of a wealthy woman by her ward.