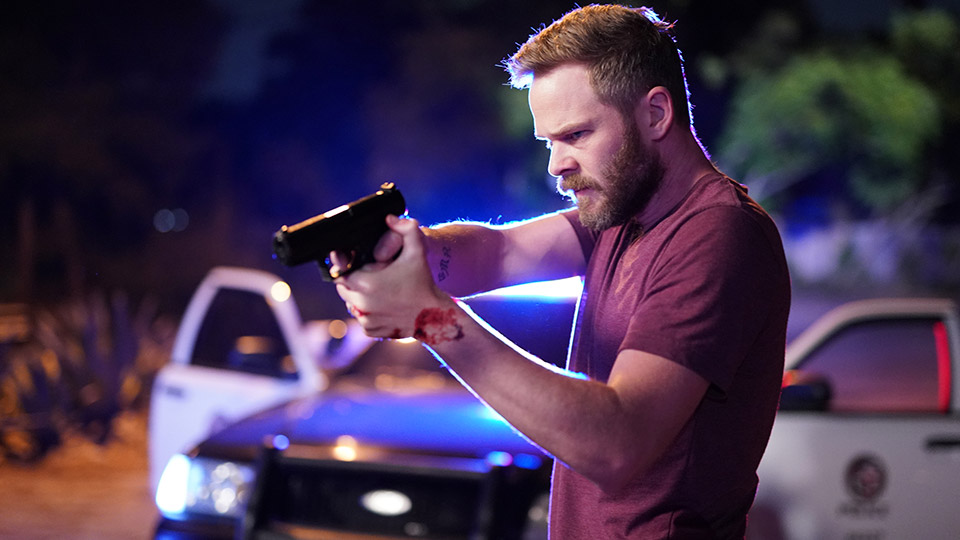 Detective Jeff Anderson (Shawn Ashmore) finds his life thrown into turmoil when his wife is found dead of a suspected suicide. Leaving him to look after their son Frankie (Judah Mackey), with the help of his mother (Lin Shaye), Jeff becomes convinced that there is foul play involved in his wife’s death. When he’s assigned a case that involves a woman who claims two men tried to make her kill herself, Jeff becomes determined to hunt them down and get justice.

I remember seeing the trailer for Anderson Falls during Arrow Video FrightFest’s Halloween all-dayer and I thought to myself, ‘I don’t think I need to see this film’. The lengthy trailer, which I saw several times, seemed to give away far too much of the film and to be honest it didn’t look great. Seeing it on the schedule for Arrow Video FrightFest Glasgow, I tried to go into the film with an open mind but sadly it turns out my initial instincts were spot on.

The trailer really did give away the entire plot of the movie and when the story is as formulaic and well-trodden as this one, it makes watching Anderson Falls a bit of a joyless experience. A lot of the problem stems from the poor screenplay, which makes no effort to flesh out or develop any of the characters. This is your typical man gets wronged and takes down the bad guys story, and there are absolutely no surprises along the way.

There’s not even any doubt as to what happened to Jeff’s wife as the viewer sees the entire scenario play out in the opening scene. Any chance of suspense or surprise is immediately taken away so you instantly side with Jeff, even though the characters around him think he’s paranoid and delusional. The film gives too much, choosing to spoon feed and over-explain to the audience at every opportunity.

The cast is completely wasted. Shawn Ashmore played this exact character for three seasons in The Following and he did a much better job of it in that show. Sonya Walger is in a blink-and-you’ll-miss-her role while Gary Cole and Richard Harmon, who are both usually decent actors, pretty much phone in their performances here. It’s a real shame because with a cast of this calibre, the film really should have delivered a lot more.

Anderson Falls could have been a guilty pleasure or even a fun ride but unfortunately it’s just bad. It’s the first time in a long time I’ve struggled to find anything good to say about a film and the best I can muster is, it was only 84 minutes long. I’m not entirely sure who this film is aimed at, or why it was part of a horror festival, but I can safely say that I wouldn’t be in a rush to recommend it.