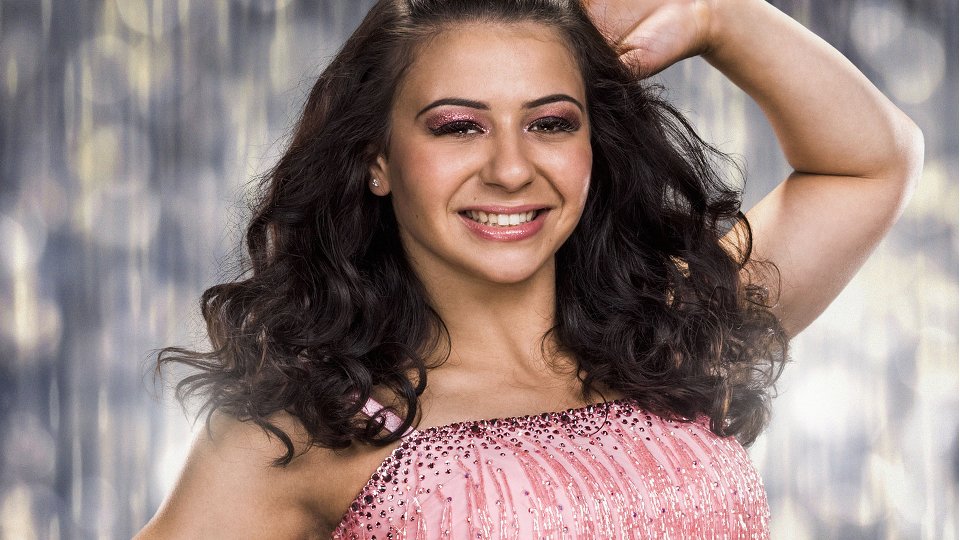 Strictly Come Dancing 2016 is almost at the quarter-final stage and tonight the remaining six couples danced to secure their place.

Last weekend Olympian Greg Rutherford and his partner Natalie Lowe left the competition after a stunning Blackpool live show. They lost the dance-off to fellow Olympian Claudia Fragapane and her partner AJ Pritchard.

With the final now truly in sight, tonight’s competition was more fierce than ever and all of the couples have everything to dance for. Craig Revel Horwood, Darcey Bussell, Len Goodman and Bruno Tonioli were on hand to critique and praise each performance, while Tess Daly and Claudia Winkleman were on hand to keep things running smoothly.

As well as their routines, the couples had to compete in the show’s first ever Cha Cha Challenge.

Actor Danny Mac got the first 40 of the series for his stunning Charleston in Blackpool last week. He finally got his mojo back and shot back to the top of the leaderboard. During training for their Samba, Danny and his partner Oti Mabuse went to a Samba party to see how it’s done. Was it another perfect score?

The dance: What a start to the show. That was a Samba full of risks and very different to anything that’s been on Strictly before. Danny moved amazingly well and the routine was a real winner.

The comments: Len called Danny a tease and told him his hips were like a snake. Bruno said he was hyperventilating and told Danny it was like watching a Pagan mating ritual between exotic species. Craig said he found Danny’s open shirt distracting and told him it was brilliant. Darcey called Danny’s performance a masterclass.

Ore Oduba continued to fight back during last week’s Strictly and he picked up 3 10s for his Viennese Waltz. This week Ore was dancing the Paso Doble with his partner Joanne Clifton. In training Joanne admitted it would be a challenge for Ore as he’s not easily able to tap into his anger. Did he rage through it?

The dance: Powerful stuff. Ore gets stronger every week and his Paso was pretty inventive. Joanne did great choreography and there were striking moments throughout. He definitely brought his anger out.

The comments: Bruno said it was achingly stylish and original praising Joanne for her choreography. Craig said that Ore looked lost in one part of the dance but told him that the story of it was engaging. Darcey said it was dramatic and intense commenting on Ore’s supple upper body. Len said he didn’t think he’d seen anyone get the amount of shaping Ore did but mentioned there was an incident during the routine.

Louise Redknapp delivered a powerful Paso Doble last weekend in Blackpool. This week was a change of pace with Louise and her partner Kevin Clifton dancing the Waltz. During training Louise’s husband Jamie visited to try and bring her romantic side out. Louise couldn’t stop laughing as she tried dancing with Jamie. Did she keep it together tonight?

The dance: There was a beautiful story during Louise and Kevin’s Waltz. Louise has improved her technique so much since week one and she’s the strongest female celebrity still in the competition.

The comments: Craig told Louise to watch her shoulders but told her she had grace, fluidity and style. Darcey said that Louise and Kevin are effortless together and told them it was a piece of magic. Len said the dance was good to watch and told Louise to ignore Craig’s criticisms. Bruno said ‘strictly beautiful’ and commended Louise’s musical phrasing.

Judge Rinder has yet to be in the bottom two and last week he impressed with his Salsa and got great comments from the judges. Things were slowing down tonight as Judge Rinder and Oksana danced the Rumba. During training he said that he wasn’t sure he would like the Rumba but admitted her really took to it once he started to learn the routine. Could Judge Rinder stay out of the bottom two for another week?

The dance: I didn’t love that routine. It seemed a bit wooden and stiff in places and I don’t think the Rumba is a good fit for Judge Rinder. He could be in trouble tomorrow night.

The comments: Darcey said that the narrative was a bit different for a Rumba and she didn’t feel it worked with the routine. Len said it wasn’t Judge Rinder’s best dance but told him it wasn’t his worst either. Bruno said it was a brave attempt. Craig said most of the routine was too spiky and looked awkward.

Former politician Ed Balls wowed Blackpool last week with his Jive and so far has managed to stay out of the bottom two. For his Tango tonight, Ed was taking on the role of a male model and Katya Jones invited a real male model to help him in training. Did Ed pull it off?

The dance: I genuinely think that Ed is improving and despite the moans from viewers saying he should be out, I believe he deserves to be in the competition.

The comments: Len said that he never knows what Ed’s going to do next and commended the amount of Tango content. He also called him the ‘people’s champion’. Bruno said that Ed always hits the spot and he can’t help wanting more. Craig said he didn’t want more and reeled off a list of critiques. Darcey said that Ed’s focus was great at the beginning but told him he lost concentration as the dance progressed.

Claudia Fragapane landed in the bottom two last weekend and it’s given her the motivation to fight back this week. During training AJ Pritchard took her go karting before they set to work on their Argentine Tango. With only one week until the quarter final, Claudia needed to pull it out of the bag tonight.

The dance: A strong performance from Claudia tonight with some really creative choreography from AJ. There’s no way she should be in the dance-off tomorrow night.

The comments: Bruno called it a ‘tour-de-force’ telling Claudia she’s controlled and precise. Craig said he didn’t feel that Claudia was reactionary but admitted he loved the routine. Darcey commended Claudia’s balance and upper body strength. Len said it was a mix of frisky and risky telling Claudia it was a knockout routine.

The leaderboard for the evening after all couples danced was:

All six couples competed on the floor at the same time tonight in the Cha Cha Challenge. Each of the couples had to keep dancing and lifts were banned from the challenge. The pros picked their spots on the dancefloor by picking a number out of a hat but Len revealed that all the couples would rotate so they could get in front of the judges.

There was a total of six marks to be awarded to the couple who won the challenge. Every couple would pick up additional points depending on what place they finished in.

Louise and Kevin won the challenge picking up an additional 6 points.