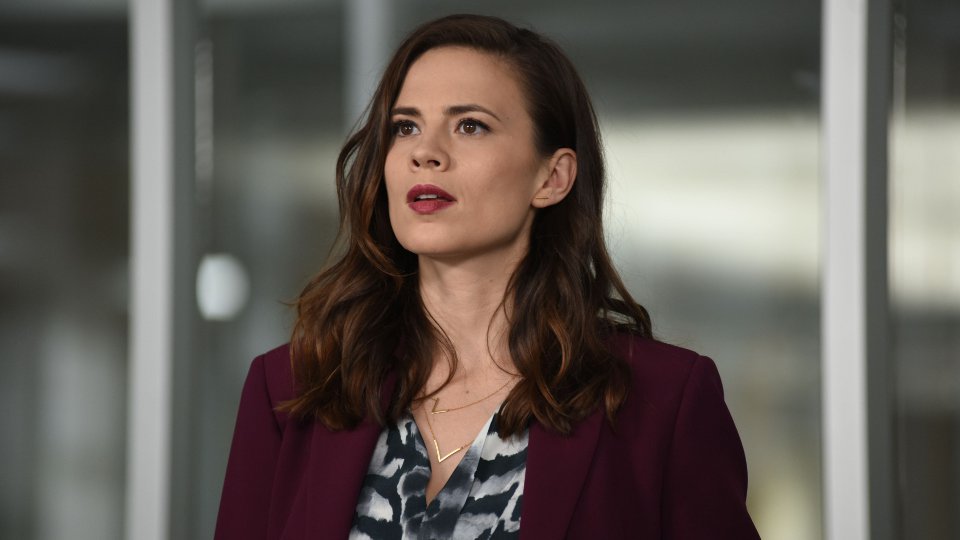 In the latest episode of Conviction Hayes Morrison (Hayley Atwell) decided to review the case of activist Rodney Landon (Mike Doyle). He was in prison for planting a bomb in the desk of a mosque office which killed the Imam and three other men.

The CIU team discovered that an illegal search by the Counter-Terrorism Unit had led them to Landon. However testing revealed that he wasn’t the bomber but had been planning to target others with far more deadly attacks.

The team realised that Landon was dangerous but shouldn’t be held for something he didn’t do. To try and prevent his release Sam (Shawn Ashmore) spoke with a skinhead in the prison. Following the conversation Landon was attacked and stabbed his attacker. The assault was caught on camera which meant he would remain in prison.

In the end it was the wife of the Imam who turned out to be the actual bomber. She was angry because he’d had multiple affairs and had only aimed to kill him and not the other men.

At the end of the episode Hayes met with Wallace and it looked like the pair would sleep together. However they were both alerted to the news and discovered that video of her cocaine arrest had been released to the media. The media also speculated that Wallace had got her out of the potential charge in exchange for the CIU position.

The next episode of the season is Mothers Little Burden. Hayes recent transgression comes to the attention of the media. The CIU tackle a case of a mother who murdered her autistic son.