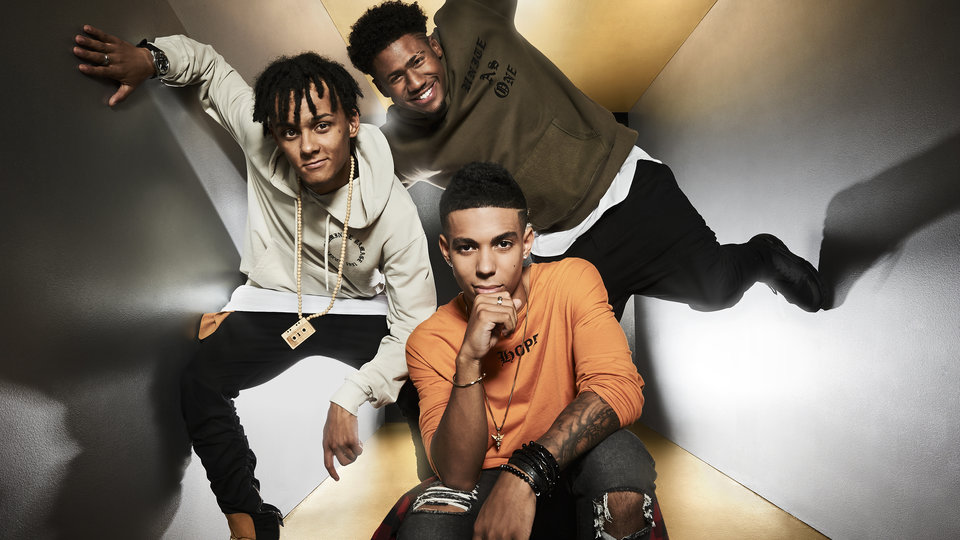 This week the X Factor 2016 contestants were singing their hearts out for a place in the competition and the movie theme brought some surprises with it. Judges Nicole Scherzinger, Sharon Osbourne, Louis Walsh and Simon Cowell were there to support their contestants.

Our verdict: I enjoyed Ryan’s performance but think that perhaps the song was a little to big for him. Elvis was the king and Ryan is not quite there yet. The performance was good and Ryan shines as an entertainer.

The comments: Louis commented first saying agreeing that his entertainment was great. Sharon said that he went for it and that it was great, Simon commented that Ryan’s performance was corny but his best so far.

The song: Try a Little Tenderness – Otis Redding (The Commitments)

Our verdict: As ever 5 After Midnight sounded a bit pitchy but this didn’t seem to phase the crowd who was completely smitten. I enjoyed the fresh arrangement of the track and as always the trio showed strong performance skills.

The comments: Nicole said that the trio’s dance moves were too good, Sharon added that people would be seeing more of them as the band should be in the final. Simon thought that the second part of the song was amazing and so were 5 After Midnight’s dance moves. Mentor Louis Walsh added that they were ‘it’.

The song: My Heart Will Go On – Celine Dion (Titanic)

Our verdict: Saara is fast becoming my favourite contestant on the X Factor. Her vocals are always pitch perfect and she always gives 100%. She is by far the singer on this year’s show.

The comments: Louis said she was amazing and always delivers, whilst Nicole said that the last note was amazing. Simon thought she controlled the vocals perfectly. Mentor Sharon added that she loved all the different sides to Saara.

The song: Writing’s on The Wall – Sam Smith (Spectre)

Our verdict:  Matt’s song choice was a bit boring but of course he proved once more that he is one of the best singers of the competition. His singing was great but the performance bored me.

The comments: Louis said he deserved to be on the stage, whilst Sharon added that Matt new his comfort zone. Simon said that this was what he had been waiting for and that the song took balls. Mentor Nicole was crying and added that he was classy.

The song: It’s Like That / Getting Jiggy With It – Jason Nevins/ Will Smith I (Keith Lemon The Movie / Last Days of Disco)

Our verdict: I really don’t know how I feel about Honey G’s performance tonight because I absolutely love the tracks she performed tonight. I don’t know if she enjoyed them as much as I did though. For the first time I thought Honey G looked a bit unsure.

The comments: Nicole thought the production was on steroids and loved the energy but thought it was a bit repetitive. Simon said that he could not, not love Honey G and added that she was infectious.

The song: It Must Have Been Love – Roxette (Pretty Woman)

Our verdict: Last but not least was Emily’s performance and I was completely engrossed in it. The vocals were so fragile but controlled at the same time it was perfect. Emily finished the show on a high and deserved all the praise.

The comments: Louis said that it was haunting would like to see her move next time. Sharon said that her performances worked every week and that she sounded like nobody else, Nicole also thought her vocals were haunting and added there was more fire to see. Simon said that it was all her and thought that version was stunning.

The X Factor results will be revealed tomorrow at 8pm on ITV.