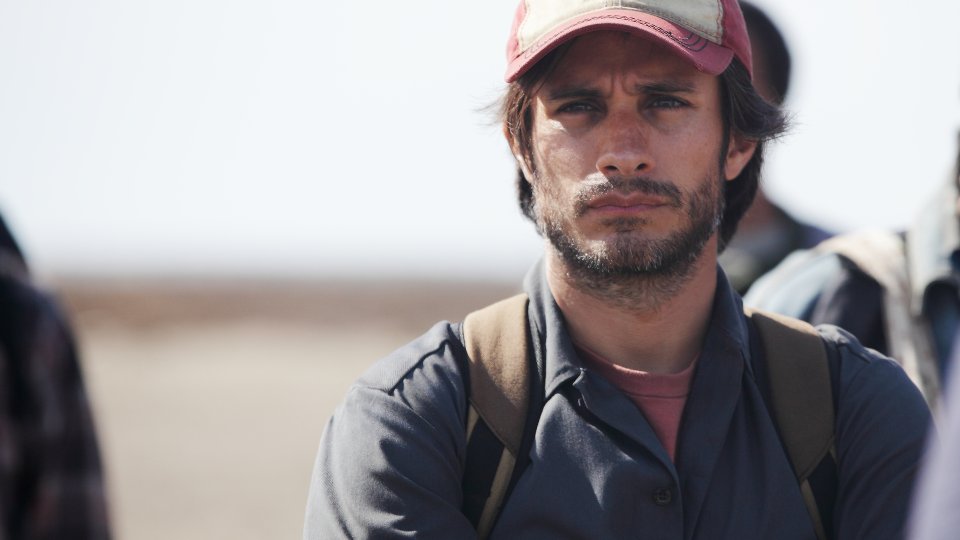 A group of illegal immigrants is forced to try and cross the Mexico and US border on foot when the truck they are travelling in breaks down. Split into two groups, Moises (Gael Garcia Bernal) becomes the reluctant leader of the group that is lagging behind. As they try to catch up to the group that is leading, they are shocked when an American vigilante (Jeffrey Dean Morgan) appears accompanied by a dog and wielding a gun. It soon becomes clear that the vigilante isn’t going to let them cross the border without a fight.

Desierto is written and directed by Jonas Cuaron, who is best known for co-writing the screenplay for Gravity. The film arrives at a very poignant time given the endless rhetoric from US President-elect Donald Trump about building a wall to keep Mexicans out of America. With that in mind, the film is given an edge that adds to the suspense and tension. Essentially it’s an incredibly simple premise that is a story of cat and mouse, with vigilante Sam as the cat and Moises and the immigrants as the mice.

It doesn’t take long for the film to get going and once it does, it’s a suspense-filled thrill ride that is relentless and brutal. The stunning desert landscape adds to the tension proving to be both an expansive terrain showing how far Moises and his friends have to go, and a closed claustrophobic space that at times feels completely inescapable. There is very little character development for Sam but that doesn’t really matter as the character is so menacing and hate-filled that you can’t help but feel dread every time he appears.

Gael Garcia Bernal, who is easily one of the world’s finest actors, takes on yet another very different role here as Moises. Many people will know him from Amazon’s Mozart in the Jungle or films such as Y Tu Mama Tambien, and his role in this movie is unlike any character he’s played before. Moises is a man who was deported from the US and separated from his wife and son. He is driven by a promise he made to get back to his son, and Bernal gives the character an emotional edge that a lesser actor wouldn’t have been able to.

Jeffrey Dean Morgan is also very strong as Sam. Despite the two-dimensional nature of the character, Morgan brings a whole lot of menace to his performance. It appears Sam is driven by hate and fear, and Morgan could very well have used this role as a test drive for his latest character – Negan from The Walking Dead.

The only special feature on the DVD is the movie’s trailer.

Desierto is a very timely movie that highlights a very real prejudice that exists towards immigrants. What I really loved about it is that it doesn’t get bogged down in unnecessary sub-plots and the main plot is truly edge of the seat. Thank to strong performances from Bernal and Morgan, Desierto is an adrenaline-fuelled thriller that will stay with you long after the closing credits.