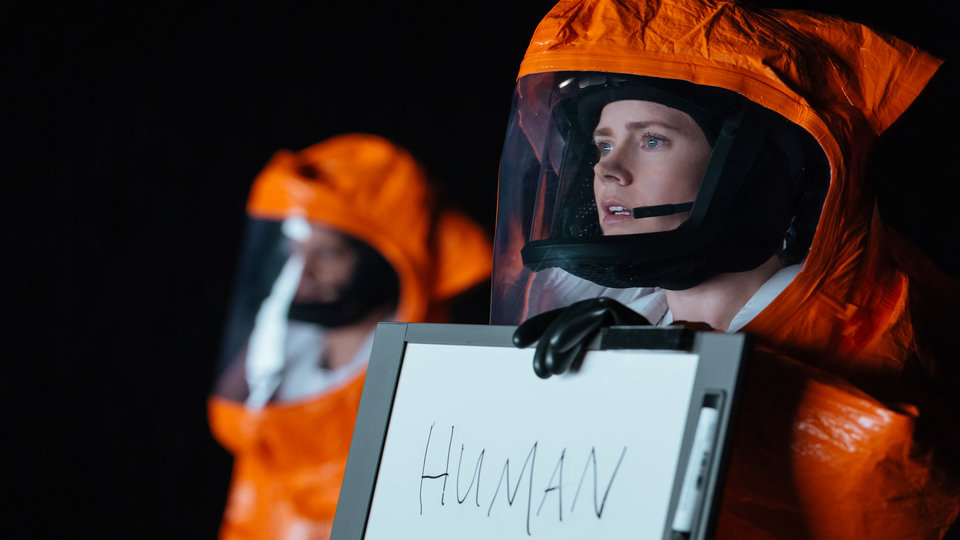 This latest project from director Denis Villeneuve oozes style and substance in every frame. Tackling the age old question of what we would do if alien life actually made contact with humanity, Arrival approaches its subject with brevity and maturity. It frequently allows the human element to shine through, delivering a movie that certainly effects its audience.

Dr. Louise Banks (Amy Adams) is a linguist summoned to help the military when aliens mysteriously arrive on Earth. Tasked with making first-contact communication with the species, Louise is joined by Ian Donnelly (Jeremy Renner) as their team race against time to find out their intentions. As fear of the unknown spreads across the world, Louise must battle to keep the peace before trigger-happy nations declare war on the visitors and by doing so, could seal the fate of humanity.

Arrival isn’t your average bells and whistles sci-fi. Instead it’s much more like Interstellar – a nuanced and intelligent film that strives to be more than just a visual melee. For me personally, Interstellar won’t be beaten anytime soon but Arrival does try to take a similar approach to its storytelling – something that allows the character development to really hook you in.

Its best moment is without doubt the finale – something which makes you question what you’ve seen before in a very engaging way. It’s also filled with raw emotion thanks largely to the amazing lead performance of Amy Adams. She really is sensational here, delivering an award-worthy show that’s blanketed in tragedy and loss.

The supporting cast are all great too. It’s great to see Jeremy Renner in this kind of role and he shares great chemistry with Adams. Forest Whitaker does well as the military head who brings Adams and Renner onboard and Tzi Ma is excellent as General Shang, who plays a pivotal role in the films closing.

Gorgeously shot and delicately played out, Arrival is an emotive sci-fi journey brimming with intelligence and spectacle that touches the soul. It’s a shame that the middle drags a bit in places though, because the finale is truly inspired. That said, the performance of Amy Adams does more than enough to make this a cult classic that will act as a strong marker in the composite world of modern science fiction.