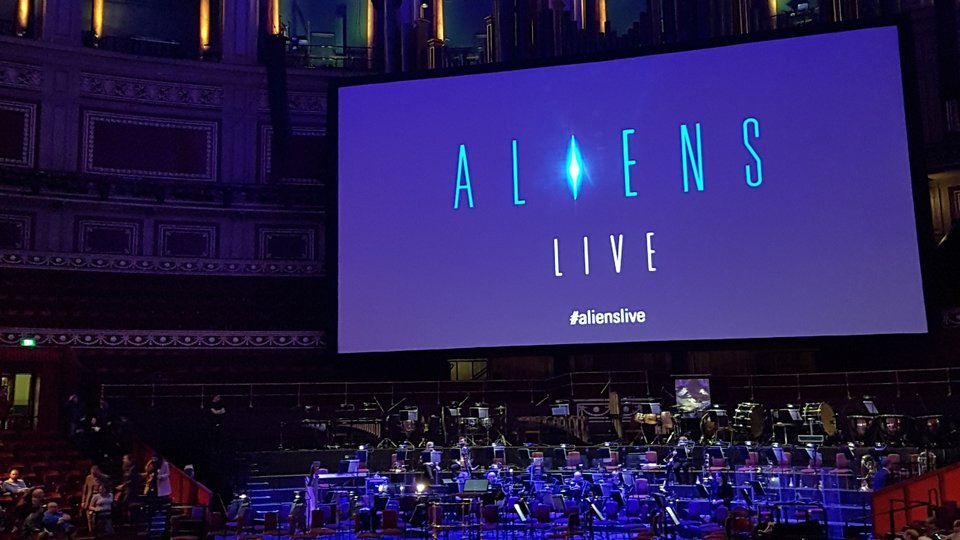 London’s world famous Royal Albert Hall has delivered some of the most unforgettable events the capital has ever seen. It’s iconic and unique surroundings have housed a plethora of amazing attractions over the years – everything from opera and rock to WWE wrestling.

Their recent endeavours into the world of film has added a crucial addition to the live film event calendar – something that has enjoyed increased public interest over the last few years thanks to the likes of The Luna Cinema, Secret Cinema, Rooftop Film Club and the like.

Film fans want new and exciting ways to enjoy their favourite movies and in the Royal Albert Hall, they have a venue that’s invested in delivering a stellar night out. The Royal Albert Hall most recently enjoyed a series of sell-out events celebrating Jurassic Park Live in Concert and Aliens Live in Concert. Both events were unmissable affairs that brought the worlds of cinema and live music together for a rapturous medley.

Of course this isn’t the first time that the Albert Hall has hosted these events. Thousands of fans have experienced a live movie event there in the past few years including Raiders of the Lost Ark, Gladiator, Interstellar and even a fantastic celebration of the music of Star Trek. Its pinnacles were Back to the Future Live and The Artist Live, both attracting praise from around the world for a glorious marriage of movie and music magic.

Jurassic Park Live and Aliens Live, both conducted by the outstanding Ludwig Wicki and performed by The Royal Philharmonic Concert Orchestra, were exciting premiere events that took the roof off the old Hall.

Aliens Live enjoyed its World Premiere on Nov 6th and the fan reaction was overwhelming. Every time a memorable scene or piece of dialogue was played out onscreen, there were loud roars of applause and approval from the capacity crowd. You almost forget just how many great lines Bill Paxton has in that movie!

The evening came to an emotional end with an extra special surprise. Aliens director and cinema legend James Cameron took to the stage with lead star Sigourney Weaver and Producer Gale Anne Hurd. They joined conductor Ludwig Wicki and the Royal Philharmonic Orchestra to pay tribute to the late composer James Horner and to take a final bow to celebrate this amazing 30th anniversary event. The crowd went crazy, and it was a particularly nice touch for Horner to get a rousing tribute.

Jurassic Park Live kicked off this memorable weekend of film celebration a few days earlier with a stunning red carpet premiere, where stars took their seats along with the public to enjoy the dino-smash hit. The T-Rex himself even walked down the red carpet, determined not to miss out on this unforgettable event!

More so than Aliens, Jurassic Park has an instantly recognisable theme tune which really comes into its own with a live orchestra. It never failed to raise goosebumps amongst the crowd every time it swept into play, once again leading the masses into a rapturous chorus of clapping and cheers.

Fans can expect many more treats in 2017 when movies like Titanic, Brassed Off and Harry Potter & The Philosophers Stone all get the big screen/live orchestra treatment along with a special concert celebrating the music of James Newton Howard. Next up though is E.T. in December.

For event nights filled with excitement and spectacle, the Royal Albert Hall film series is really hard to beat. Brimming with emotion and magic, its how real movie fans can pay tribute to their favourite films. Long may it continue.

For more information on events at the Royal Albert Hall, check out their official website.