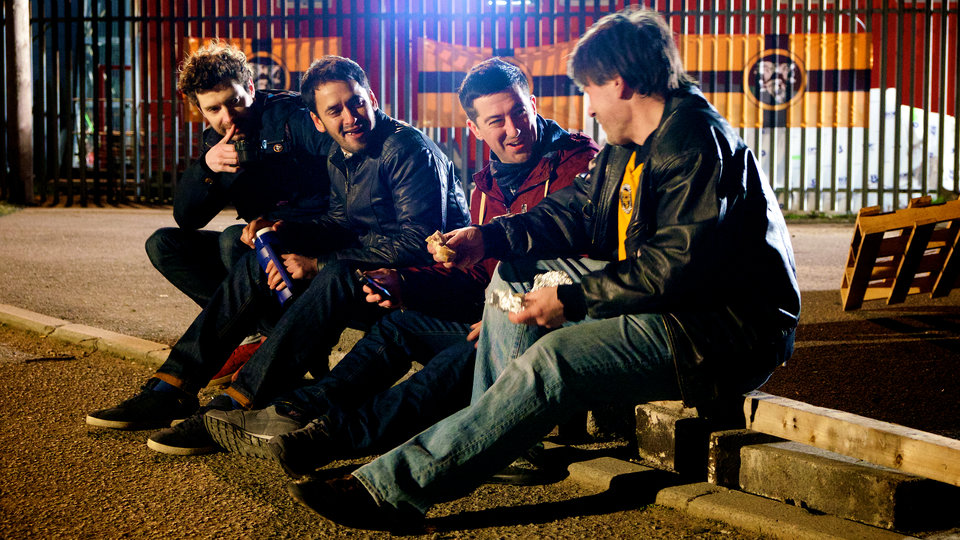 After a 21 year wait since the release of Philip Davis’ deeply unsettling classic I.D, football fans across the UK will be engrossed and horrified in equal measure as its ferocious sequel ID2: Shadwell Army hits our screens, promising to enthrall audiences all over again as another cop delves undercover into the murky, knife-edge world of the football gangs that haunt our terraces.

Young British Asian Mo is a fast-rising police officer who goes undercover infiltrating Shadwell’s resurgent hooligan element, which is fired up by the club’s takeover by a Russian oligarch and their unlikely adventure into European competition. Mo quickly becomes embroiled in the local schism between the British National Party (BNP) and English Defence League (EDL), and plans to build a new mosque in the shadow of the Shadwell ground creates a toxic atmosphere in which football and political violence form a perfect storm of social unrest.

In the midst of this, Mo is faced with the essential existential question of who he is and where he really belongs. It’s 21 years on and clever Trevor is now chief super, but what happens to the rest of the gang?

I.D., released in 1995 and largely based on James Bannon’s real-life experience undercover infiltrating the ‘Millwall Bushwackers’, was widely acknowledged as one of the finest examples of its genre, spawning a series of follow up films hoping to emulate its success and becoming a cult classic. The film, which starred Reece Dinsdale, Philip Glenister, Warren Clarke, Sean Pertwee and Claire Skinner, scooped the Audience Award at the Valenciennes Film Festival and was shortlisted for Best Screenplay by the Writers’ Guild of Great Britain.

ID2: Shadwell Army is as brutal and hard-hitting as the original and charts the tension in the local community as far right organisations look to exploit the testosterone-fuelled Shadwell Army to prevent a new mosque being built in East London. Set amidst the backdrop of the lavish fortunes of the modern English game, ID2: Shadwell Army is a must-see thriller that looks at what happens when violent allegiances spill over into brute violence and enflamed racial tension.