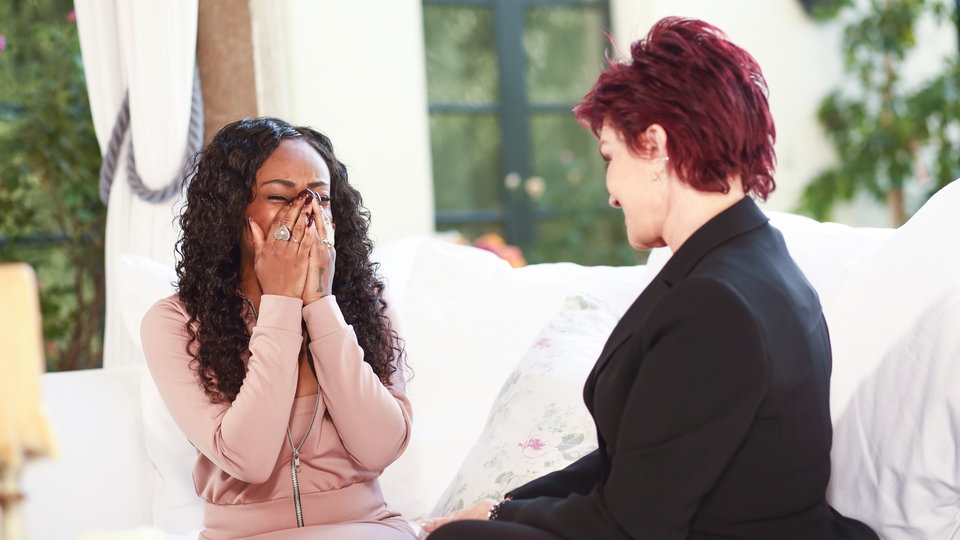 Last night Simon and Louis picked the final girls and groups and tonight it was time for Nicole and Sharon to pick the boys and overs going to the live finals.

Sharon asked guest judge Robbie Williams to help her with her final decision. First up were the overs mentored by Sharon Osbourne, who met her at LA mansion. Relley C sang Kelly Clarkson’s version Up To The Mountain. Her performance was passionate but a little bit dull for me. Robbie thought she had ‘it’ but Sharon seemed worried that she never played live. Christopher Peyton sang I was Blind But Now I See and his vocals shone during the performance. James Wilson’s heartfelt version of Make You Feel My Love was beautiful. Sharon thought that his confidence issues would be a problem and Robbie added that if he couldn’t handle the pressure he might not be choosing the right career path.

After the break it was time for Samantha Atkinson to sing to the judges. Her interpretation of Tears sounded great. Her vocals were amazing and definitely some of the best of the competition. Robbie thought she sounded great and had great personality. Saara Aalto performed The Winner Takes It All. I thought her performance was a little over the top and perhaps a different song would have suited her better. Robbie wasn’t convinced by her singing and even felt bored. Janet Grogan was up next chose another ballad. I enjoyed her singing and the tone of her voice. Sharon said that she loved her voice and confidence whilst singing.

After the break it was time to see Honey G’s performance and it didn’t disappoint. Honey G performed Coolio’s Gangsta Paradise and brought all her cool vibes with her. Robbie said her performance made him happy and that he would remember her for the rest of his life. It was time for Sharon to make a decision.

Finally it was time for Nicole’s boys to sing and helping her reach a decision was guest judge Calvin Harris. The contestants were in Nicole’s home in the French Riviera.

Wild card Ryan Lawrie was up first and picked a the right pop song to sing in front of the judges. I thought his performance was good but didn’t blow me away. Calvin thought that he was awesome and Nicole said that she didn’t remember him but liked him. Singing 2 become 1 was Niall Sexton, who seemed really nervous at first. Even though Niall was nervous I thought his vocals were on point and he he hit all the right notes. Calvin thought he was awesome but was concerned about this stage presence. Nicole said she loved him. Freddy Parker sang Love Me Like You Do and his performance didn’t lack confidence in any shape or form. He sounded great but I thought perhaps this wasn’t the right song for him. Calvin thought it was fantastic but Nicole thought he might not be versatile enough.

After the break it was time for Nate Simpson to sing. His soulful performance didn’t seem to impress Calvin Harris who said that his personality didn’t shine through. James Hughes was up next and I was heartbroken when he missed one of his notes and stopped singing. He managed to bring it back home but even so this seemed to worry Nicole, whilst Calvin thought he enjoyed watching him perform. Christian Burrows sounded great singing How To Save A Life. I loved his passionate rendition of the song and the tone of his voice is just hypnotic to me.

Finally Matt Terry gave his most heartfelt performance of She’s Out of My Life. I enjoyed his performance and his vocals were on point but I didn’t think it was a great song choice. Nicole looked really excited by the performance. Calvin said he had a great voice and that it was fantastic.

There could only be three boys though and Nicole had to make a decision. Nicole’s final three boys are:

The X Factor 2016 live shows will start next week with the final contestants and the public will be in charge of keeping the contestants in the competition.