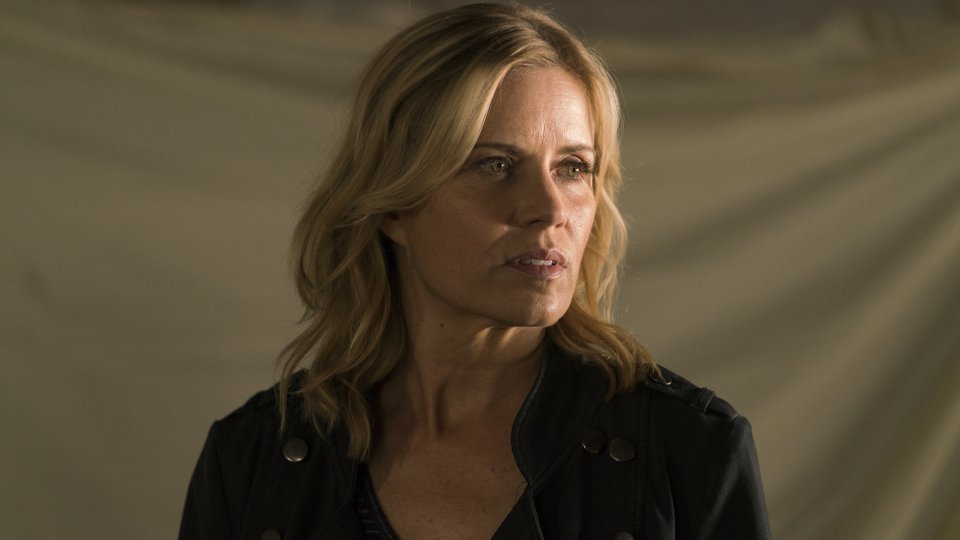 Travis (Cliff Curtis) arrived at the Rosarito Beach Hotel and reunited with Madison (Kim Dickens) on the latest episode of Fear the Walking Dead.

Once he safely made it through the hordes of people begging to be let into the hotel, Travis revealed to Madison that he left Chris (Lorenzo James Henrie) after failing to separate him from Brandon (Kelly Blatz) and Derrick (Kenny Wormald).

Through flashbacks we saw Travis and Chris clash as Travis tried to protect James (Israel Broussard) who was shot by a farmer. Travis was concerned that Chris showed no remorse for killing the farmer in retaliation and was even more shocked when Chris sided with Brandon and Derrick to kill James, believing he wouldn’t recover from his injuries.

Things got decidedly more interesting when Brandon and Derrick arrived at the hotel gates but there was no sign of Chris.

Elsewhere Madison came clean to Alicia (Alycia Debnam-Carey) about the death of her father.

In Wrath Madison struggles with Travis’s return and in North Travis’s actions cause turmoil at the Rosarito Beach Hotel.

Tune in to AMC at 9/8c Sunday in the US and AMC UK at 9pm Monday in the UK to see the two-hour season finale. Preview the episodes with our gallery below: