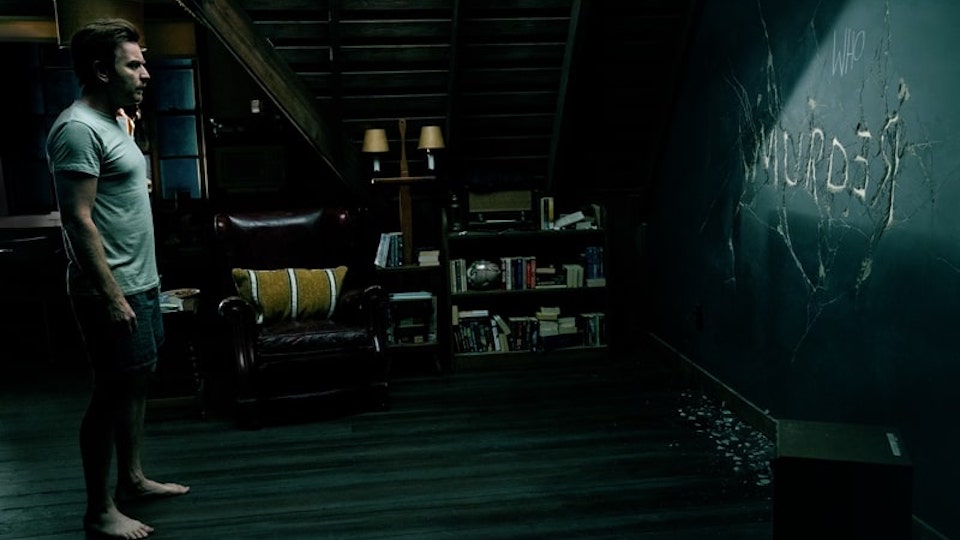 The director’s cut of Doctor Sleep adds almost 30-minutes of new and extended footage into Mike Flanagan’s brilliant adaptation of Stephen King’s novel. If long, thoughtful, and emotionally wrought horror is your bag, then you are in for a treat. One of the best horror movies of last year has just got even better. The new and expanded footage has been seamlessly included, adding further depth to the characters across the various plotlines.

The most obvious change is the addition of chapter titles throughout the film, adding a literary touch to proceedings. The new material is mostly dialogue, but it hugely enhances the overall picture, and adds some lovely references to the novel and Stanley Kubrick’s adaptation of The Shining. King and Kubrick devotees will luxuriate in the details.

Much has already been said about the incredible job done by Mike Flanagan to bring this film to life, but it’s worth repeating. As both an adaptation of King’s novel and a sequel to Kubrick’s film, Doctor Sleep somehow, miraculously works. It respects both the book and the film, recreates some of the most iconic visuals in the history of cinema, and still delivers a film that is its own thing and justifiably exists on its own merit. Mike Flanagan, we salute you.

The story of Doctor Sleep revolves around three main plots that slowly but surely wind towards each other. The first has us catching up with the grown up Dan Torrance (Ewan McGregor). The years of being haunted by the ghosts of The Overlook have taken their toll on him, and when we meet him he is a violent alcoholic, just like his father. When he finally hits rock bottom, he moves to a new town, joins AA, and gets a job as an orderly at a hospice where he can use his ability to ‘shine’ to help the people in his care find peace in their final moments. Years go by and Dan slowly begins to rebuild his life.

Meanwhile, hungrily travelling the back roads of America are the True Knot, an ancient cult of psychic vampires, who feed off the essence (or ‘steam’ as they call it) of psychic children whom they torture and kill to release their ‘steam’. The True Knot are led by the evil and beautiful Rose the Hat, played with an otherworldly grace by Rebecca Ferguson. As the amount of ‘steam’ in the world diminishes, Rose gets a sense that there may be someone out there with an incredible power. She must have it. In a truly bravura sequence of astral projection, Rose discovers Abra Stone.

Abra is a teenage girl who can shine even stronger than Dan. She has begun a kind of psychic pen-pal relationship with Dan over the years, but her shine has put her on the radar of the True Knot. When Abra leaves him a message on his wall, a single word written backwards that has special significance to him and his past, he knows he has to find her and protect her. And to do so he is going to have make a journey to a strange and familiar old hotel in the Rocky Mountains.

I personally felt that the theatrical version of Doctor Sleep stuck a little too close to the novel for its own good, but the director’s cut gives the film that extra bit of breathing room to make it work. A beautiful and emotional film, tackling themes of grief, family trauma, and the need to confront the past, Doctor Sleep makes you care deeply about the characters before plunging them into horror.

As an avowed fan of King, The Shining, and Mike Flanagan, I realise I am very much in the centre of the Venn Diagram of who this film is aimed it. The deliberate pace and lack of conventional scares won’t work for everyone, but for fans of King’s books and Kubrick’s film this is three hours of horror movie nirvana.

The Blu-ray release comes with three excellent documentaries. The first is From Shining to Sleep, and is a fantastic interview with Mike Flanagan and Stephen King, interspersed with behind the scenes clips and great concept art for the film. It also features King discussing The Shining, which is always interesting.

Next up is The Making of Doctor Sleep: A New Vision. This is a terrific behind the scenes documentary, with input from all the key players in the cast and crew. Finally there is Return to the Overlook, which is perhaps the best of them all. This featurette reveals that the Kubrick estate provided the original plans for The Overlook to assist Flanagan’s crew in rebuilding the sets.

There’s a joyous sense of giddiness amongst the cast and crew as they get to interact with this famous set. There are also clips of some scenes being recreated and filmed that didn’t even make it into the director’s cut. This also has Henry Thomas talking about his role in the film, and what it meant to take on (an interpretation of) one of the most iconic roles in the history of cinema.