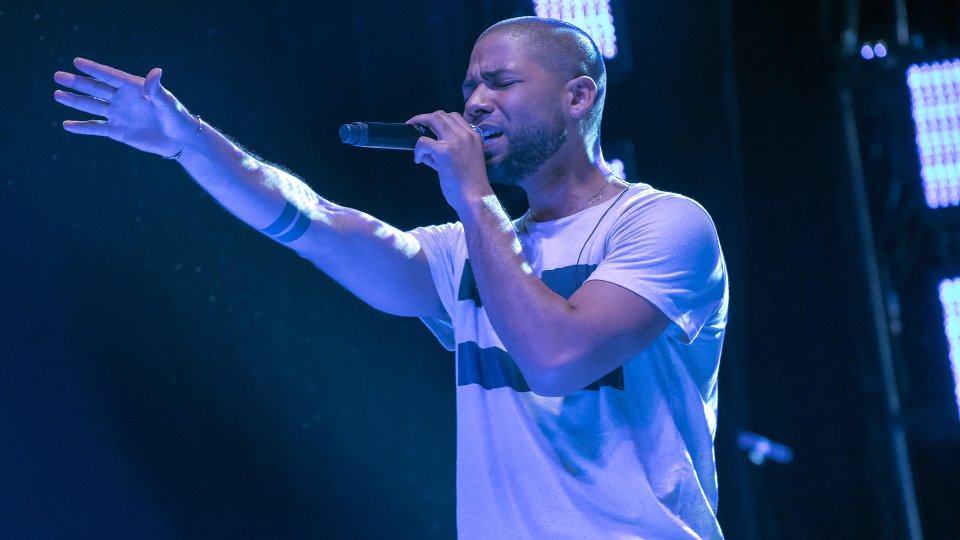 Empire returns in the UK for its third season on Tuesday and we’ll finally find out who fell to their death.

The second season came to an end with Anika (Grace Gealey) and Rhonda (Kaitlin Doubleday) fighting after Anika married Lucious (Terrence Howard). Rhonda confronted Anika about pushing her down the stairs, which caused her to lose her baby, and it looked like one of them fell over the balcony in the scuffle.

Elsewhere in the episode Jamal (Jussie Smollett) decided to stop making music, Hakeem’s (Bryshere Y Gray) was devastated when Laura (Jamila Velazquez) decided not to marry him, and Anika’s move to marry Lucious meant that she couldn’t testify against him.

The first episode of the new season is Light in Darkness. Hakeem has been left at the altar, a rooftop fight between Anika and Rhonda results in a tragic fall, while Lucious clashes with Tariq.

Tune in to E4 at 10pm Tuesday to see the episode. Preview it with our gallery below: