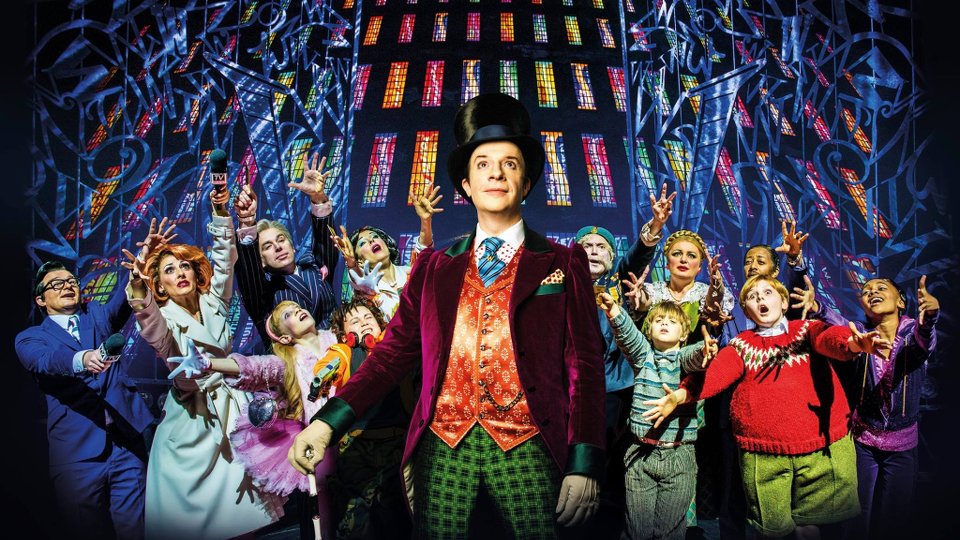 There are not enough hours in the day to discuss the greatness of Roald Dahl. Growing up, I devoured each and every one of his books. Magic, fun and mischievousness bounced off every page and I was completely in love with every book of his that I read. September 13th marked what would have been Roald’s 100th birthday. It was branded as ‘Roald Dahl Day’ and children up and down the country dressed up as their favourite character from their favourite Roald Dahl book. I love the fact that children are as enthusiastic about his work as my friends and I were at their age. The UK have decided to celebrate his life and work in many different ways. Top hotels have even created Roald Dahl inspired afternoon teas and cocktails.

I’m glad to see that the magic lives on and that his popularity continues to thrive. Many of his books have been turned in to blockbuster Hollywood movies and also huge big-budget theatre productions. Willy Wonka inspired candy floss, sweets and chocolate in the foyer of the Theatre Royal Drury Lane instantly transport you to Roald’s world. Having not visited the Theatre Royal Drury Lane for a while, one is reminded of it grandeur and the beauty of the building itself as soon as you step inside, it is so very impressive.

Most people are familiar with the story of Charlie and the Chocolate Factory. When Charlie wins a golden ticket by chance to the Wonka Chocolate Factory, it brings his poor family a glimmer of hope and light. The chance of a lifetime to enjoy the delights inside the chocolate factory and to sample some of the things that his family is too poor to buy for him are beyond his wildest dreams. As he joins spoilt rich kids and their very pushy parents, Charlie and his grandfather are down to earth, with an innocent approach. Behind the huge iron gates of the chocolate factory await a weird and wonderful experience. Squirrels are trained to pick out good nuts on the production line. Areas of the factory are like something out of a futuristic chocolate dream. But little do the golden ticket winners expect what Willy Wonka has in store for them when they enter the factory. It is not all sugar and delights! Each characters journey on how they ended up in the factory could not be more different.

The stage is huge and many excited people were sitting in the stalls, ready for the show to begin. From the moment the curtains went up, I was completely mesmerised by the set design, the costumes and the sheer scale of the whole production. Mark Thompson really has worked wonders with the set and his vision is on another scale. With so many different scenes and themes throughout the book, what they have created on stage is outstanding. Visually, it is a real feast for the eyes.

As we explore the chocolate factory, it just seems really amazing that they have brought this to life on stage and that they have done it so well. The costumes are superb and there are some really special moments in the show where I found myself grinning like an over excited child. The attention to detail that has gone in to the show cannot be praised enough. And with Academy Award® winner Sam Mendes as the director, this show has been worked on by the cream of the creative arts.

The acting is the show is beyond impressive. Absolutely first class performances are given from every single person in the cast. The maturity of the performances by the very young children in the cast (maximum age of 12 years old) is really a treat to witness. Augustus Gloop, Veronica Salt, Violet Beauregarde, Mike Teavee and Charlie Bucket all give outstanding performances. They are all born to perform. Each and every one of them are supremely talented. Charlie’s grandparents are absolutely hilarious and their one-liners and comic timing had us in stiches.

The show is definitely for children and adults alike. There are some jokes in the show that children won’t get, but adults will – and this is cleverly and subtly done. All of the cast bounce off one another and they are all of the highest calibre. They seem to love being on stage and their enthusiasm and energy shines throughout.

The show will be moving to moving to Broadway in Spring 2017. I urge you to go and see the show whilst it’s still in the West End. London’s loss will be New York’s gain. This is one of best productions I’ve ever seen and I loved every moment of this magical show. I left the theatre with a big grin on my face and a real thinking of ‘wow, that was just superb’.