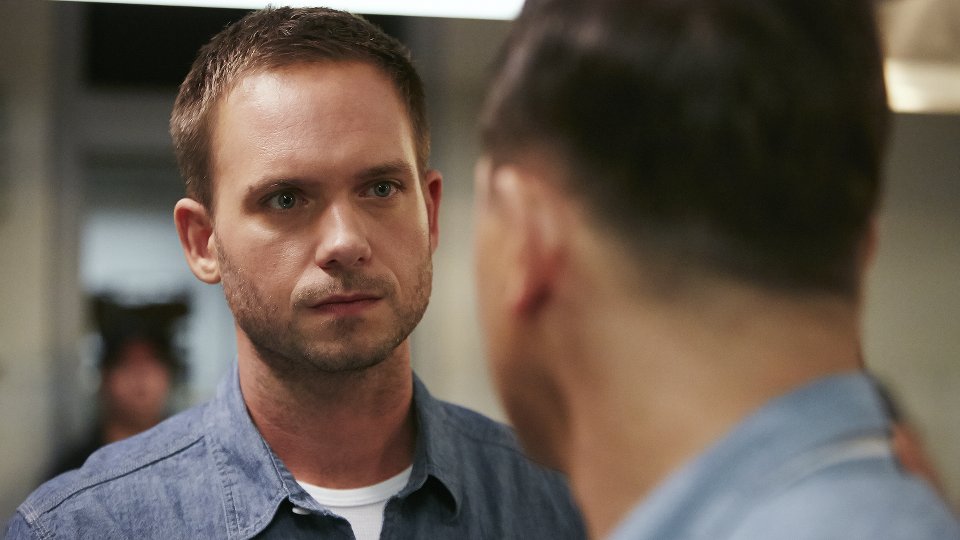 Donna (Sarah Rafferty) played a part in getting Mike’s (Patrick J. Adams) freedom back on the table on the latest episode of Suits.

Mike decided to tell Kevin (Erik Palladino) that he had been informing on him in a last bid attempt to convince his wife Jill (Amanda Lisman) to turn on her father, William Sutter (Alan Rosenberg). Kevin reacted angrily and a fight broke up resulting in Kevin being taken to solitary.

To show his cellmate that he cared about him, Mike convinced Gallo (Paul Schulze) to get Kevin out of solitary in exchange for Gallo’s potential freedom. Harvey (Gabriel Macht) meanwhile recorded Sutter admitting that he would let his daughter go to prison to save himself. Donna convinced Jill to visit Kevin in prison where Harvey played them the recording of Sutter. Jill agreed to cut a deal and Harvey cut a deal on Sutter’s behalf without telling him.

Due to Jill’s co-operation, Mike’s freedom was back on the table and it looks like he might be finally getting out of prison.

Elsewhere in the episode Rachel (Meghan Markle) and Jessica (Gina Torres) got an extension on Leonard’s (Glenn Plummer) execution and Rachel found a way to re-open the case. Jessica reunited with Jeff (D.B. Woodside) in the hope of starting over only to learn that he was moving away. Louis (Rick Hoffman) struggled with the idea of sharing Tara (Carly Pope) and things were further complicated when she told him her boyfriend was coming to visit.

The next episode of the season is The Hand That Feeds You. Harvey ponders freeing Gallo in order to protect Mike. Bailey’s case is reopened.

Tune in to Dave HD at 10pm on Sunday to see the episode. Preview the episode with our gallery below: