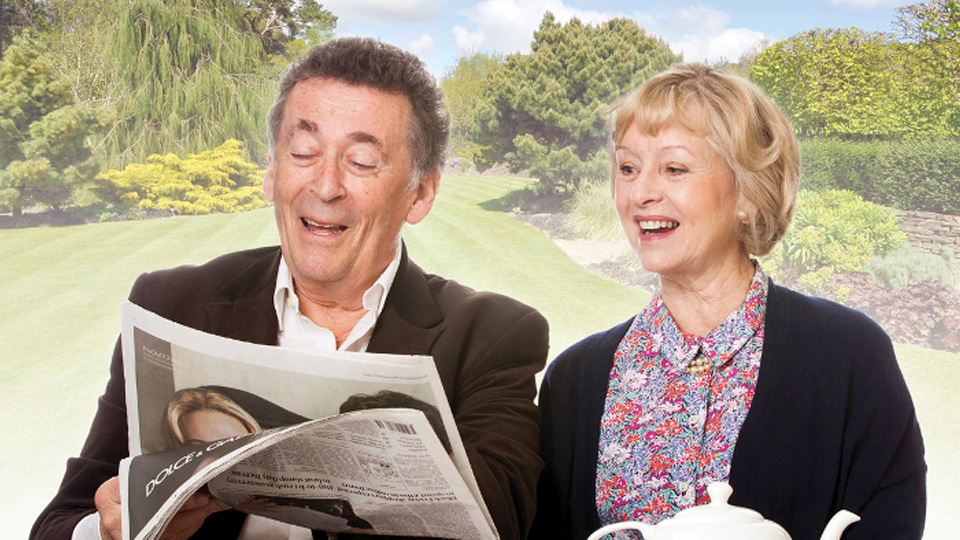 The Grand Theatre is set to welcome a classic comedy next week when Robert Powell and Liza Goddard take to the stage in Alan Ayckbourn’s Relatively Speaking.

Greg only met Ginny a month ago but has already made up his mind that she’s the girl for him. When she tells him that she’s going to visit her parents, he decides this is the moment to ask her father for his daughter’s hand. Discovering a scribbled address, he follows her to Buckinghamshire where he finds Philip and Sheila enjoying a peaceful Sunday morning breakfast in the garden, but the only thing is – they’re not Ginny’s parents.

Beautifully crafted, wonderfully funny and charmingly English, Relatively Speaking was Ayckbourn’s first great West End success and turned him into a household name. When the show opened at the Duke of York’s Theatre in 1967, the critics hailed the arrival of a great new comic talent.

“We’re delighted to welcome two great stars in one great production,” says Ian Sime, General Manager at Leeds Grand Theatre. “Post-holidays, an evening of comedy is just what we all need.”

Relatively Speaking is at Leeds Grand Theatre from Tuesday 30th August to
Saturday 3rd September. Tickets are on sale now priced from £19.50 to £36. Book online at leedsgrandtheatre.com or call box office on 0844 848 2700.