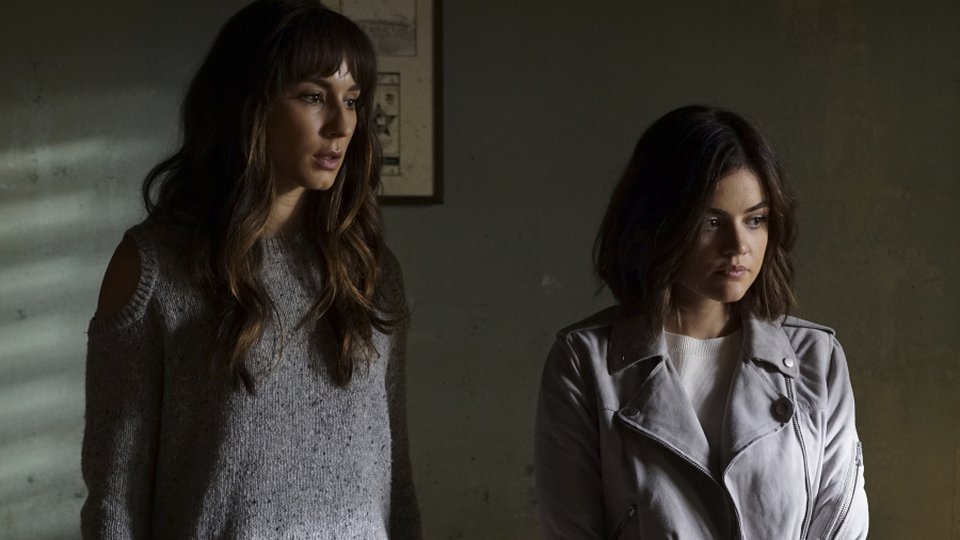 One of the Liars decided to go solo this week on Pretty Little Liars.

If you haven’t seen the latest episode of Pretty Little Liars and want to avoid spoilers we suggest you stop reading now. If you have seen it and want to relive the action then keep reading.

A nightmare in Rosewood

Hanna (Ashley Benson) was plagued by nightmares this week and her PTSD appears to still be going strong. After dreaming that Caleb (Tyler Blackburn) was run down by Noel (Brant Daugherty), Hanna decided to take matters into her own hands as she tired of her friends seemingly not doing anything.

A surprise visit from Mrs Grunwald (Meg Foster) warned Hanna that danger lurked around her and Caleb, and she took that to mean that Noel was A.D. During a conversation in The Radley, Hanna dropped a glass to draw Noel closer to her and Mrs Grunwald, and it appeared that Noel was the person the psychic was warning Hanna about.

Hanna said her goodbyes to Caleb, with the two almost sharing a kiss, made a sneaky call to someone about meeting her and offering to pay them to leave the Liars alone, then headed off to her secret rendezvous. Who could she be meeting?

Spencer (Troian Bellisario) and Aria (Lucy Hale) tracked down the daughter of the doctor who delivered Mary’s (Andrea Parker) babies as they tried to make contact with him to discover who Charlotte’s (Vanessa Ray) sibling was. Following their visit, the daughter contacted Spencer after her office was ransacked and told her where she could find her father.

With Aria in tow, Spencer went to see him but they didn’t get a lot of new information from the now drunk former doctor. All they found out was that the second baby was under weight and he couldn’t remember its sex. Later in the episode Spencer was seen flicking through a family photo album. Could she be Charlotte’s sibling?

Ali (Sasha Pieterse) decided to return to her teaching job at Rosewood High and her first day back saw her students attend her class wearing black hoodies. The incident drove Ali to be sick in the toilets and the suggestion is there that she may very well be pregnant. During a catch-up with the principal, Ali spotted the filing cabinet with student records in and later broke in to access Noel’s file. When she opened it there was a note from A.D. warning her to stop digging.

Old flames can’t hold a candle to you

Emily (Shay Mitchell) was given the opportunity to apply for the job of swim coach by her old principal and she decided to give it a go. When she arrived for her interview, Emily bumped into Paige (Lindsey Shaw) who was also going for the job. The former lovers caught up over drinks and discussed the failure of their relationship. Emily then returned to Sabrina (Lulu Brud) as Paige spied on them through a window. We’d say Paige is still harbouring some feelings…

Aria meanwhile was forced to come clean to Ezra (Ian Harding) about deleting the call from Nicole (Rebecca Breeds). As expected he took it badly and Emily tried to help her friend by taking the blame. In the end Aria bought Ezra a plane ticket to go and be part of the search for Nicole. The two seemed to patch things up but is Aria sending her fiancé off into the arms of his ex?

Tune in to Freeform at 8/7c in the US on Tuesday and Netflix in the UK on Wednesday to see the next episode. Preview The Wrath of Kahn below: