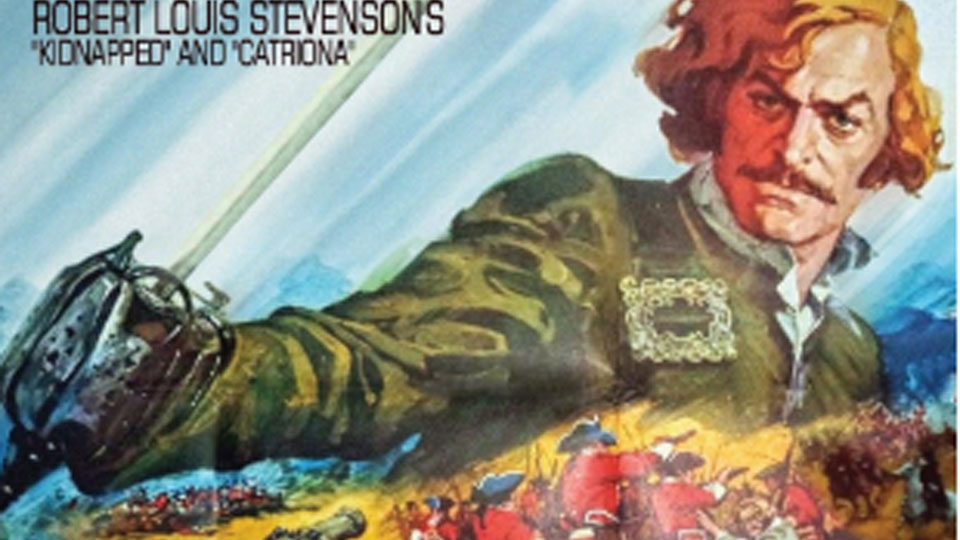 Robert Louis Stevenson’s classic swashbuckling tale of adventure and derring-do is brought to life by the Rank Organisation in this fairly faithful 1971 adaptation.

The big appeal is Michael Caine who, whist not the lead, certainly plays the most interesting character – Alan Breck, a rebellious Jacobite. Caine’s Scottish accent is variable, but he deserves credit for effort, and is as charismatic as ever. Sadly the same cannot be said for Lawrence Douglas, the actor playing the young lead. Douglas’s drippy performance is problematic, but thankfully the movie pullulates with great British character actors, that sadly Douglas doesn’t seem to have learnt an awful lot from.

As the scheming and psychotic uncle, Ebenezer, you’ll find the master of the memorable cameo, Donald Pleasence. Jack Hawkins, who seems to have been in every British film at this time, plays the captain of kidnappers, whilst his ragbag crew contains Peter Jeffrey. Gordon Jackson of Upstairs Downstairs and The Professionals-fame turns up as one of Breck’s relations, whilst Trevor Howard (Brief Encounter) is excellent as a smug and rather oily magistrate.

The budget for the movie was reasonable. It opens with some well put-together battle sequences that sees plenty of extras in period costumes. There’s also extensive location filming in Scotland – cue many scenes of our heroes stomping through heather. Yet the overall feel of the film is that, even by 1971 standards, it’s a touch jaded. It goes through the motions without ever seriously bursting into life or sustaining an exciting pace. Along with a rather sudden ending that unnecessarily deviates from Robert Louis Stevenson’s original narrative, it’s hard to view this adaptation as definitive or especially meriting further analysis.

The film will be best enjoyed by Michael Caine enthusiasts. He gives a great performance, and clearly relishes being allowed to do something a little different, and he throws himself into the part of a swashbuckler, rather than phoning in the performance as he would occasionally do later in films not quite worthy of his talents (Jaws IV, I’m looking at you). The terrific ensemble of familiar British faces is also a plus point, but there’s no getting past that the film is a rather dated pot-boiler.