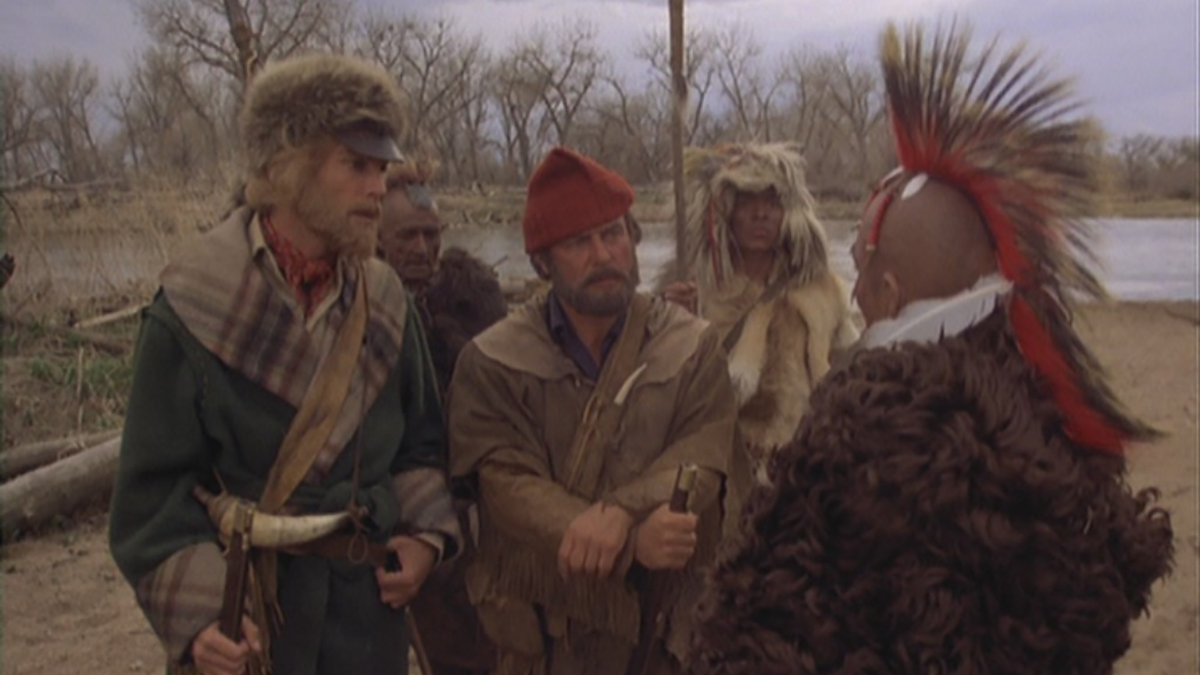 Adapted from James A Michener’s novel of the same name, ‘Centennial’ is a celebrated television serial from 1978 that assembled a cast of established and rapidly rising stars. Its epic scope attempted to tell the history of modern America as seen through the eyes of one fictional town in Colorado – Centennial. As the centuries come and go, so too do the characters. Thus, ‘Centennial’ has a huge cast of ever-changing characters and runs to over twenty-hours of viewing time.

Audacious, ambitious, cinematic in scope and all pulled off with the confidence afforded by an amazing cast and a multi-million dollar budget, there has been little like ‘Centennial’ on television before or since. Seemingly everyone who was anyone was clamouring for a part in it. The plot is impossible to summarise in only a few words, because there are interlinking storylines and threads between characters from different generations. Suffice it to say, the major themes of the history of modern America are included. For example, we see different interactions between white immigrants and Native Americans, and a later episode includes the American Civil War as its period backdrop.

There are some notable performances. Raymond Burr (‘Perry Mason’/’Rear Window’) plays the respectable silversmith Bockweiss in the opening episode. It also establishes roles for Richard Chamberlain (‘Shogun’/’The Towering Inferno’) and character actor Robert Conrad, who last a little further into the narrative. The two carry the action, establishing contact with Native American tribes, and marrying into them.

The third episode introduces shunned Mennonite Levi Zendt (Gregory Harrison) who joins a charming Englishman (James Bond to-be Timothy Dalton, on fine form) as they make the long journey across land to Colorado. They are joined by the creepy Sam Purchas (Donald Pleasence, in a typically scene-stealing mood). Out of the many characters who come and go from the series, they are among the most intriguing. Timothy Dalton’s Oliver Seccombe has a journey from being an optimistic want-to-be writer and explorer, to a landowner who is corrupted by wealth and success, made cynical by the violence of the prevailing culture dominant in a country in its infancy.

For some moments the drama is truly great, and the writing is thoughtful in the context it gives to differing cultures competing for resources on the same patch of land. It doesn’t flinch away from Native American displacement, nor from the bloody origins of the United States. So far, so good, but the aspects that work about the show don’t sustain. ‘Centennial’ struggles to fully realise its ambition, and long segments of the drama are a slog to get through. Perhaps, ultimately, the fault lies in the premise, which is bold but ultimately unattainable.

The first few warning sirens sound in the head when the opening episode gives airtime to writer James A Michener to directly address the viewer and explain what his book is about and what the serial hopes to achieve. Surely, the miniseries should simply speak for itself? The opening sequences recount the ancient history of Colorado, going back through geological aeons. It’s possible to see what Michener was trying to signify, but the Carl Sagan-esque narrative is ultimately a distraction and a touch pretentious.

Although this is a matter of taste, I am among those who generally avoid stories told from the perspective of multiple characters. The lack of focus on one person, or family, or group can be alienating, and the constant need to meet and care about new people is rather wearying. Why bother to get to love a character if you know they’ll be gone next week? This is inevitably the case, as none of the headline actors are in more than a handful of episodes. It could be argued that this prevents ‘Centennial’ belonging to any one particular star performer, but rather gives scope for multiple talents to impress viewers. Certainly, it’s a thrill when actors of the calibre of Dennis Weaver (Steven Spielberg’s ‘Duel‘) pop up. Be warned though, some such as Robert Vaughn (‘The Man from UNCLE’) are a long time in coming. His appearance, set in the ‘present’, brings Centennial up to the 1970s, for a climactic episode that is a touch underwhelming.

As ‘Centennial’ is now over forty years old, the way in which television is made has moved on, and some aspects have dated. The hair and make-up is sometimes wildly distracting, not least the unintentionally comical beard and wig they put on poor Richard Chamberlain. The make-up used to age-up actors is, to modern eyes, jarringly unconvincing. Other aspects, such as the period attention to detail throughout costume, sets and props are commendable, and give the series a ring of authenticity. It is shot on film, which gives the picture quality some depth, though the resolution is not as sharp as we are used to now, even on DVD. Ultimately, ‘Centennial’ is a curate’s egg – good in parts, easy to enjoy but hard to love. The lengthy duration makes it a commitment to watch, but the long list of talented actors will broaden its appeal. There is a bonus feature – ‘Memories of Centennial’, which brings together some of the cast and crew, including Robert Conrad, to talk retrospectively about the making of the series.