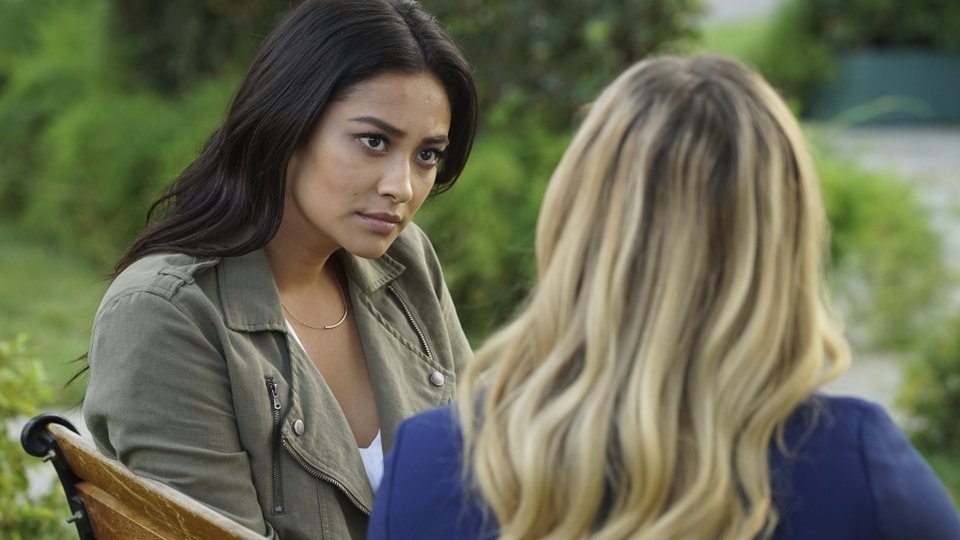 Pretty Little Liars is hurtling towards its summer finale with only three more episodes left.

The latest episode of the show saw Sara’s (Dre Davis) death become public knowledge and Noel Kahn (Brant Daugherty) up to something shifty (for a change). Jason (Drew Van Acker) also returned to Rosewood and clashed with Mary (Andrea Parker) while Ezra (Ian Harding) was informed that Nicole (Rebecca Breeds) may not be dead after all just as he was about to elope with Aria (Lucy Hale).

A.D. stepped up his game too by almost killing Ali (Sasha Pieterse), Emily (Shay Mitchell), Hanna (Ashley Benson) and Spencer (Troian Bellisario) when they went to investigate the storm basement that Jessica used to lock herself in for hours. Before it blew up they found files on themselves and pictures all around the room.

The next episode of the seasons is Exes and OMGs. Ahead of the episode a sneak peek has been released featuring a familiar face…

Tune in to Freeform at 8/7c in the US tomorrow and Netflix on Wednesday in the UK to see the episode.