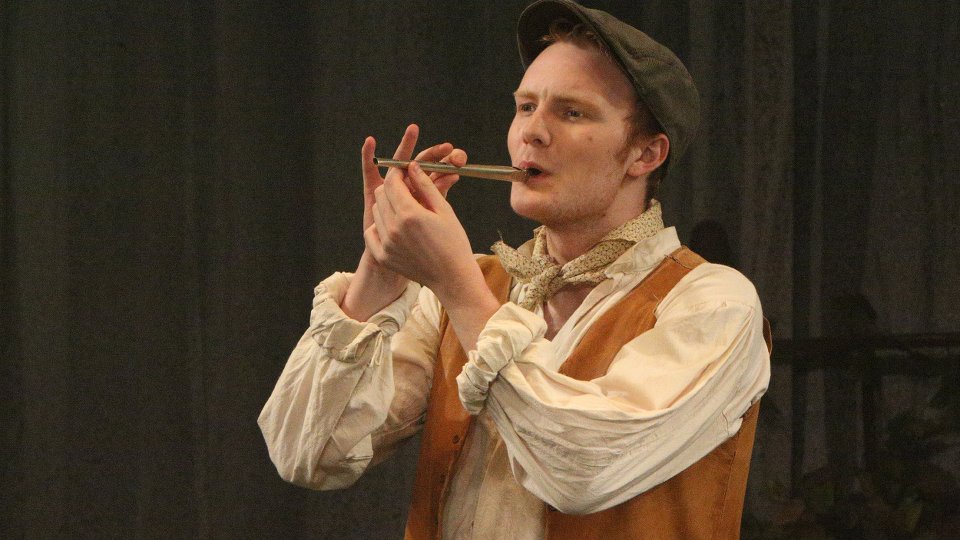 The Secret Garden needs no introduction. Is is a classic book that most of us read during our childhood. It has now transferred to the West End and it comes from the same talented team that brought us Annie Junior last summer. This edition of The Secret Garden has been condensed down to a 75 minute show, with no interval. It is showing at the Ambassadors Theatre, alongside Stomp and this production is aimed towards the younger audience spectrum. As a story that has captivated many of us from a young age, our expectations for the show was high.

The show rightly showcases the story well. Orphan Mary’s journey from India to Yorkshire, where she is sent to live with her uncle and equally uptight cousin Colin. Mary acts like an unpleasant child and this stems from her cold upbringing. She is starved of parental love and care. This changes somewhat when she is finally let out of the mansion to explore the grounds, and discovers the Secret Garden, along with Colin. Avid readers of the book will have a more thorough grasp of the story.

There are quite a few exciting moments when the Secret Garden is explored. Can you imagine finding such a thing as a child? The imagination can only run wild. All of the characters and the countless children in the production really do put in every effort in the show. The show focuses on the youthful element of the book and the very young cast put in a great performance. There is a lot of great acting and singing throughout, with some impressive duets.

The set is very pretty and engaging and the flower scene at the end is particularly lovely. For the hype that surrounds the show, we were expecting some more dazzling scenes, which we felt lacked. This may be due to the show being cut down to 75 minutes, which means that parts of the story had to be cut out. Overall, I felt that it is a very good production and fans of the book will most likely find it very enjoyable.

In this article:Ambassadors Theatre, The Secret Garden