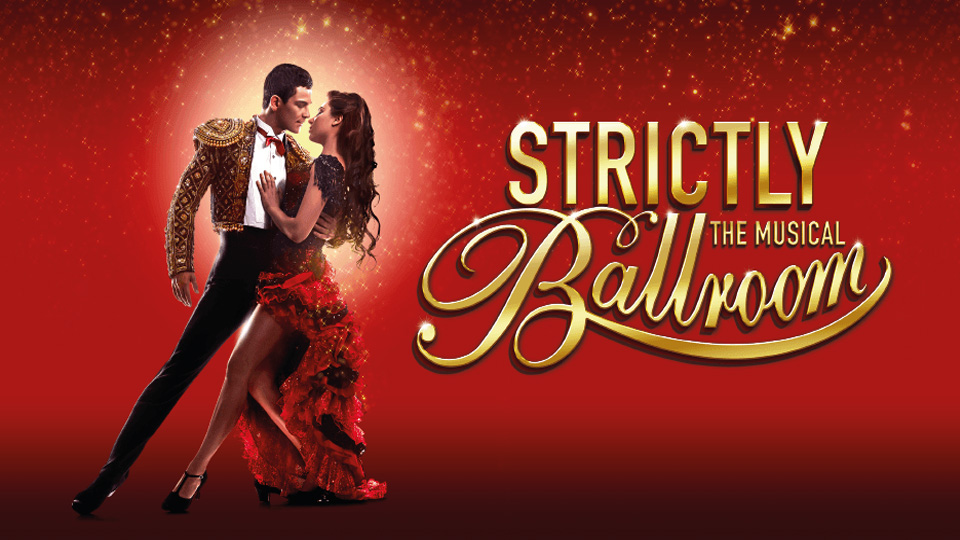 West Yorkshire Playhouse have announced the full cast for Strictly Ballroom The Musical, which premieres this Christmas season in the Playhouse’s vast Quarry Theatre.

Strictly Ballroom The Musical is the inspiring story of a championship ballroom dancer who defies all the rules to follow his heart. The show features break-into-song numbers such as Love is in the Air, Perhaps Perhaps Perhaps and Time After Time, as well as new numbers by internationally acclaimed artists including Sia, David Foster and Eddie Perfect.

Gemma Sutton is to star as Fran, who starred in the hugely-acclaimed production of Gypsy and is currently in The Go-Between in the West End. She will play opposite Sam Lips as Scott, who has starred on Broadway in Pippin and Wicked and now makes his UK debut. Starring opposite is Tamsin Carroll (Chitty Chitty Bang Bang, WYP) and Stephen Matthews (The Lion King, Lyceum Theatre), as Shirley and Doug.

Olivier Award-winner Drew McOnie is set to direct and choreograph the production, based on the original Australian musical created by Baz Luhrmann and Catherine Martin. Terry Johnson joins the creative team to adapt the original book.

Drew McOnie said: “I am incredibly excited about the dynamic and diverse company we have carefully put together to create Strictly Ballroom. Our international company is hugely talented and I can’t wait to introduce them to audiences.”

James Brining, Artistic Director of West Yorkshire Playhouse, adds: “We pride ourselves on producing exceptional musical theatre and we are building a reputation for showcasing world-class musicals here in Leeds. Strictly Ballroom follows on from the huge success of Chitty Chitty Bang Bang which premiered at West Yorkshire Playhouse and is still touring nationally. It already promises to be very special indeed.”

Samuel Paynehttp://samuelpayne.weebly.com
Reviewer of Theatre in the North, including releases of classic film and television.
Previous article
The Secret Garden review
Next article
A new cast for Ghost at Leeds Grand Theatre