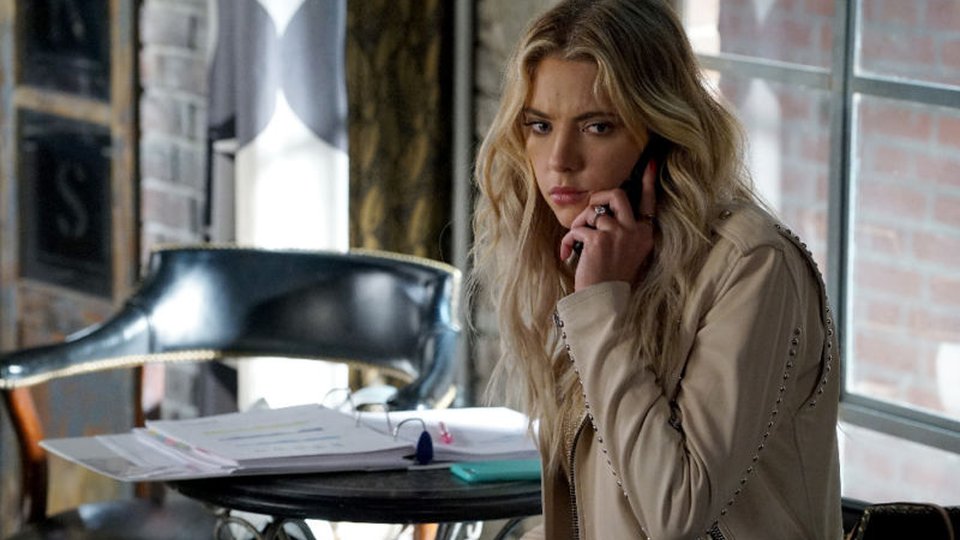 Pretty Little Liars is setting the stage for another murder this week.

The promos for the new episode suggest that Rollins (Huw Collins) aka Archer Dunhill is still alive. How that can be possible I’m not quite sure but let’s go with it…

This week’s episode should also see Aria (Lucy Hale) answer Ezra’s (Ian Harding) question after he got down on one knee and surprised her with a proposal. My gut feeling is that she’s not going to be saying yes…not quite yet any way.

The next episode is Wanted: Dead or Alive and Ali (Sasha Pieterse) will likely want her friends to explain why they turned her in for Charlotte’s (Vanessa Ray) murder when she didn’t do it.

Ahead of the episode, two sneak peeks have been released…

Hanna gets an unexpected call

Pretty Little Liars continues tonight at 8/7c on Freeform in the US and tomorrow on Netflix in the UK.