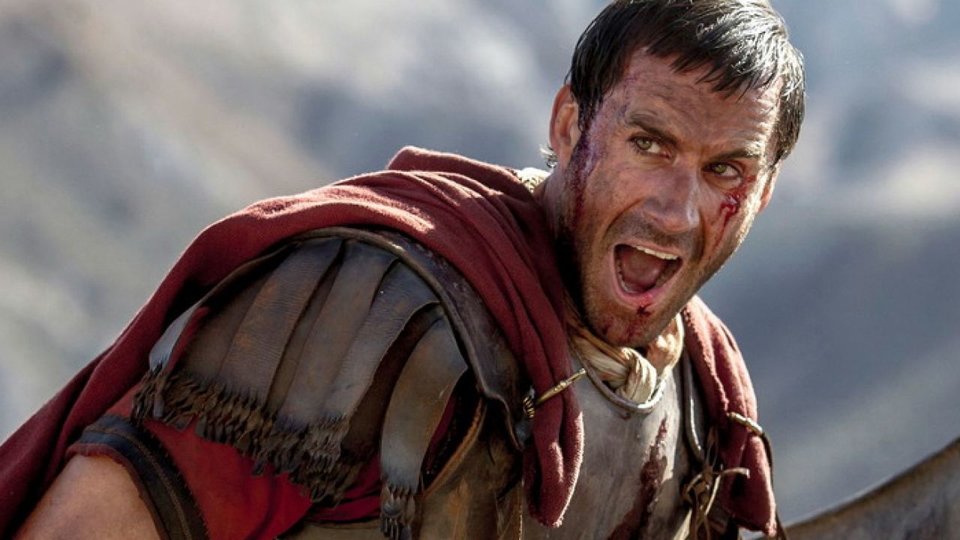 Cinematic Biblical epics have largely been a thing of the past, with only a handful of mainstream, big-budget projects having been released theatrically in the last thirty years. Risen is a glorious epic in the traditional sense that bypasses the need to re-imagine stories from the Bible in a different way – like Noah and Exodus: Gods and Kings did. Instead, Risen takes a great approach in asking a ‘what if’ question and layering it over the story of Christ’s resurrection.

The film is first and foremost a thought-provoking journey of faith. Coming from the perspective on a Roman soldier during the time of Jesus’ crucifixion, Joseph Fiennes plays Clavius, a decorated Tribune in the Roman army and a non-believer, who returns to Judea from battle only to find himself caught up in a volatile political situation that could lead to an uprising.

Pontius Pilate (Spooks stalwart Peter Firth) has already ordered the death of the man they call Yeshua (Cliff Curtis), but when his body goes missing, Clavius along with his aide Lucius are tasked with tracking down the body before Jerusalem believes that the Messiah has risen from death. With mounting pressure from the leaders of the Pharisees, Clavius’ manhunt takes him on a journey of spiritual awakening as he uncovers the truth about the resurrection.

Joseph Fiennes does a remarkable job leading the line in Risen. His performance is faultless and captivating, showing both sides of the conflict with a clarity and compassion that really drives home the central message. Harry Potter favourite Tom Felton also does well as Clavius’ newly-appointed aide Lucius. With Felton himself saying that the experience of making Risen has turned him from a staunch atheist to an agnostic, goes some way to show you the power of this affecting story and the quality of the performances throughout the entire cast.

Peter Firth is sensational as Pilate and gives the role the perfect balance of arrogance and trepidation. His captivating conversations with Fiennes are a real highlight too. Cliff Curtis, so often the best thing in his movies, does a wonderful job as Yeshua (Jesus). His performance is full of warmth and comfort which creates some powerful exchanges with Clavius. Stewart Scudamore is solid as Peter, one of the disciples and María Botto is affecting as Mary Magdalene.

When Mel Gibson’s The Passion of the Christ came out in 2004, I was hoping for a well-rounded depiction of all of the events that led up to the crucifixion and all of the politics surrounding it. It instead focused solely on the last 12 hours of Jesus life. Risen, in many ways, acts as the perfect companion piece to that movie, giving further context to the story and showing the power and influence of the resurrection in a far more encompassing way.

Risen is a great movie that acts as the perfect film for Easter time. With a strong moral compass and deep characterisation, it delivers a powerful and moving account of the Easter story with a healthy dose of action, adventure and emotional pull. Graceful and compelling throughout, Risen leaves a real impression on the audience and perfectly echoes the classics of the past.