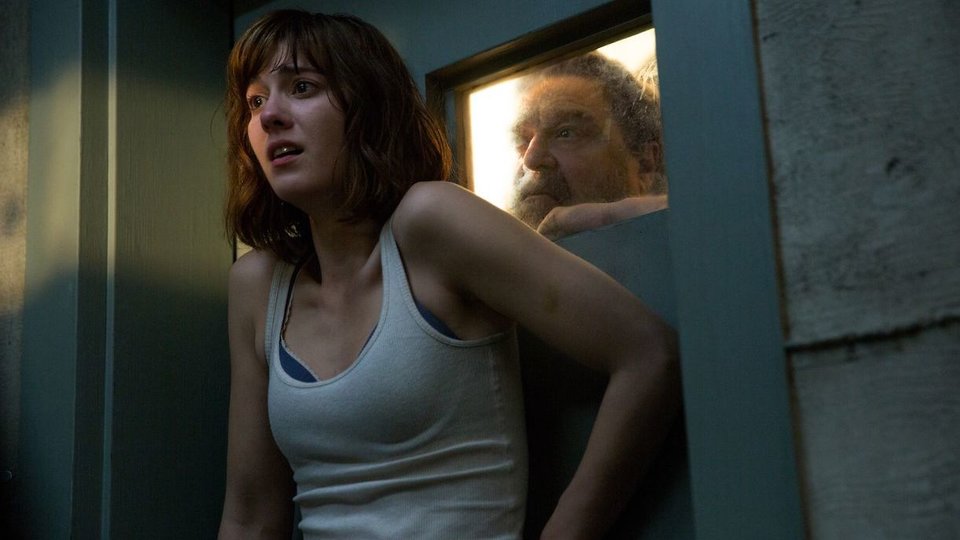 Nothing was known about 10 Cloverfield Lane before the trailer dropped earlier in the year. Persevering with novel marketing and promotional ideas, J.J. Abrams’ Bad Robot production house and Paramount Pictures have managed to deliver a sequel to Cloverfield completely off the radar. This secrecy and surprise does the film the world of good and helps make the viewing experience all the more rewarding.

Moving on from the found-footage trope, this immersive drama once again focuses on a small group of people but its links to the original aren’t necessarily visible on the surface. Director Dan Trachtenberg and writers Josh Campbell, Matthew Stuecken and Damien Chazelle deliver a timeless slice of creepiness that plays to the strengths of its stellar cast and keeps the audience on the edge of their seat.

Mary Elizabeth Winstead is always the best thing in her movies so hopefully 10 Cloverfield Lane propels her to become the A-list star she deserves to be. She’s an utter joy to watch as Michelle, a young woman who has decided to make a big life choice. After leaving home hurriedly, she gets into a car accident and awakes up to find herself locked up in an underground bunker.

This set-up immediately places the viewer in the heart of a well paced, drip-fed mystery. She meets Howard (John Goodman), a conspiracy-fuelled survivalist who has prepared for doomsday. He tells her that a chemical attack has ravaged the earth and that she has to stay inside the bunker to remain alive. She’s not alone in there either, Emmett (John Gallagher Jr.) is also there looking for refuge. But can they really be the last people alive or is there something more sinister at work?

John Goodman is simply stunning here, delivering a character that you can’t quite peg down. His motives and reasoning are constantly at odds with your better judgement, but you still find him to be relatable and even laugh-out-loud funny at times. Goodman never hands in a poor performance and his chemistry with Winstead and Gallagher Jr. is simply superb. The story progresses and with it comes some shocking revelations that uncover more about this mystery and create lots of really memorable sequences. To go into any further detail would do the film a huge disservice though as the element of surprise is one of 10 Cloverfield Lane’s trump cards.

Cloverfield, the Matt Reeves directed original which surprised audiences back in 2008, remains a better movie in terms of spectacle and sheer terror. Who can forget that petrifying walk through a subway tunnel, the iconic moment when the head of the Statue of Liberty cannoned down Manhattan or when the monster emerged from the bomb attack? 10 Cloverfield Lane works as a completely different paced, character-led drama that entertains the same larger story but concentrates this into an ensemble piece.

This movie could have worked just as well as a 3-person theatre production and it’s this shift in scale and concept that makes the film a big success. The Cloverfield story now has two distinctly different ideas and set-ups, each sharing a hugely-significant central theme.

10 Cloverfield Lane is a great character study fuelled with huge levels of palpable paranoia and suspense. The finale may be a bit disappointing but the overall arc does lend itself well to a third in the Cloverfield series. If it continues to be different and willing to take big risks, Cloverfield 3 could form one of the greatest (and most unlikely) sci-fi trilogies of all time. Until then, revel in the intricacies of this well written, people-driven drama (with a clever soundtrack to boot) that puts tension at the forefront.