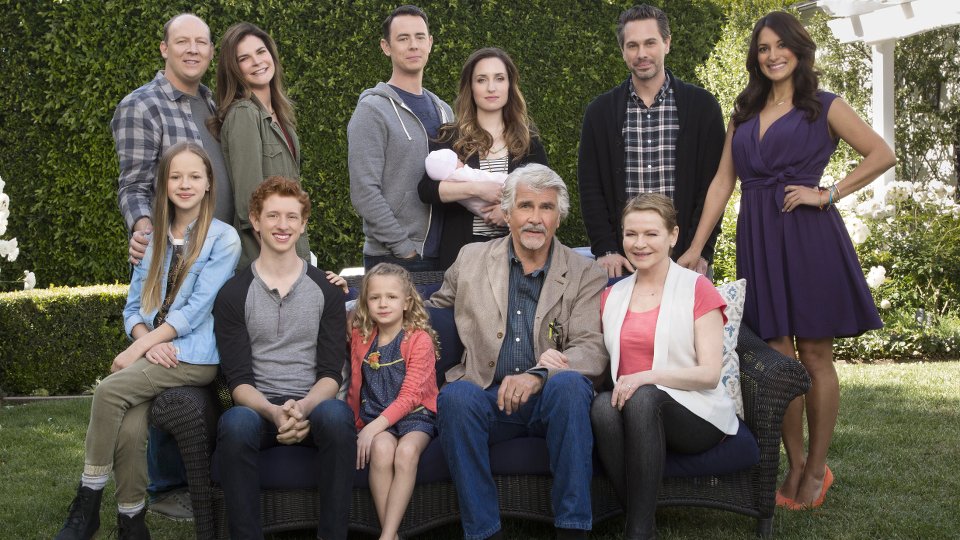 The first season of the hit US series Life in Pieces is now available to stream on Amazon Prime Video in the UK.

The single-camera comedy follows the 12-strong Short family as they navigate the sometimes awkward, often hilarious and ultimately beautiful milestone moments of life. Learning to soften the blow of turning 70 is gregarious patriarch, John (James Brolin, Catch Me If You Can), a retired airline pilot and husband to matriarchal therapist, Dr. Joan (Dianne Wiest,Edward Scissorhands). The second generation of Shorts are three siblings: Heather (Betsy Brandt, Breaking Bad), a stay at home mum married to Dr. Tim Hughes (Dan Bakkedahl, The Heat); Matt (Thomas Sadoski, Wild), recently divorced and in an on-off relationship with Colleen (Angelique Cabral, Friends With Benefits); and Greg (Colin Hanks, Fargo), youngest of the siblings who’s recently become a father with wife, Jen (Zoe Lister-Jones, Salt). With Short grandchildren in different stages of school, hilarity ensues as the family attempt to be a normal functioning family in the face of life’s many challenges.

Life in Pieces is directed by Jason Winer (Arthur 2011) and produced by Phil Traill (Modern Family). The second season will launch on Amazon Prime Video in October with new episodes released weekly only a day after their US broadcast.

In this article:Amazon Prime Video, Life in Pieces