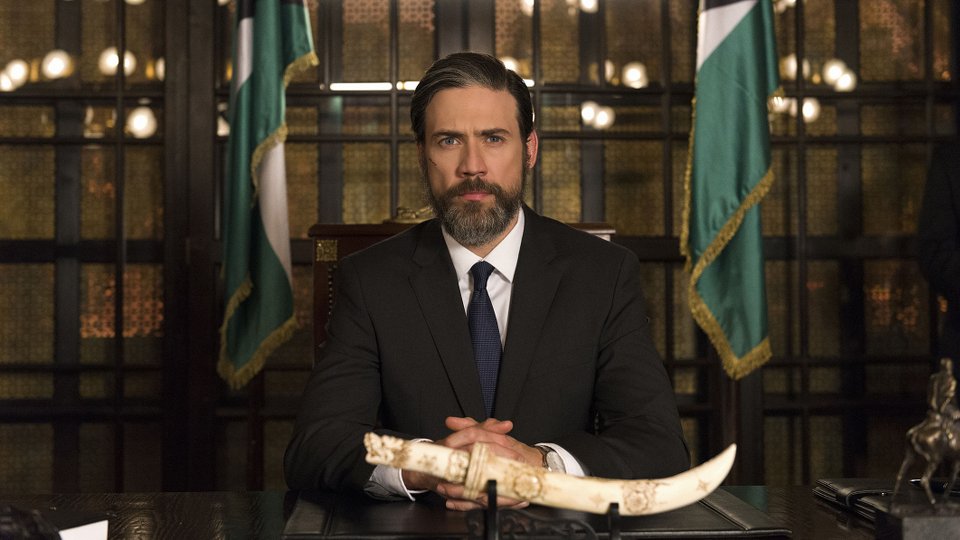 Jamal had been convinced to turn himself in for his crimes but changed his mind at the last minute after discovering what the Arab League and Leila (Moran Atias) were really up to. During the press conference where Jamal was expected to announce his decision to step down, Nusrat took her revenge for the evil dictator’s torment and rape of her by shooting him.

Will Jamal survive the attack? That’s been kept tightly under wraps but what is apparent is that Barry (Adam Rayner) and his family are going to be tested once again when the show returns in the UK next week.

The first episode of the season is Spring. Barry steps in as president and starts preparations for democratic elections, while Daliyah assumes a more significant role in leading the nation.