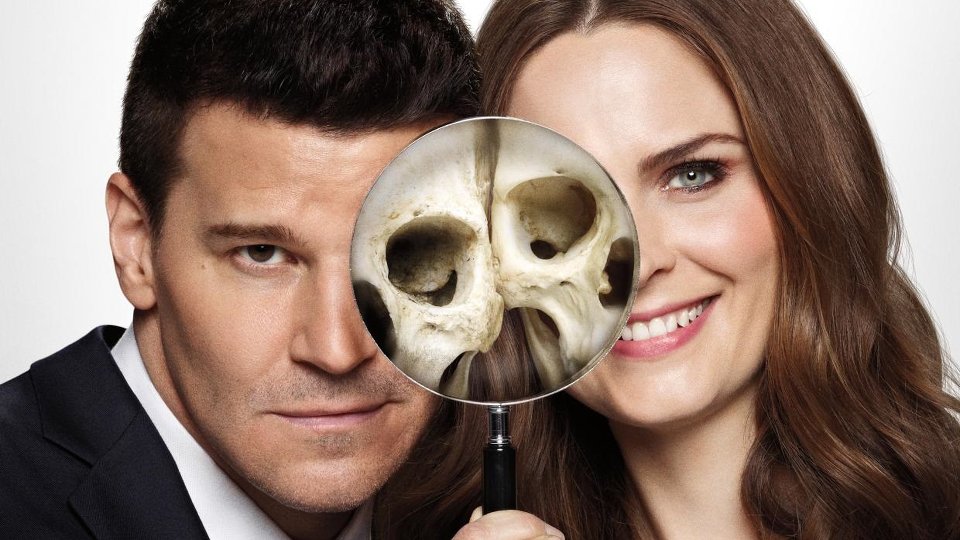 Bones ended its 11th season with an almighty cliffhanger and left a lot of questions unanswered.

If you haven’t seen the season 11 finale of Bones and don’t want any spoilers, we suggest you stop reading now. If you have seen it and want to hear our thoughts then keep reading.

In the episode Brennan (Emily Deschanel) was tormented by the Puppeteer and kidnapped by former squint Zack Addy (Eric Millegan) who had escaped from the mental hospital he had been residing in and was seen sporting a nasty scar on his head. Is Zack the Puppeteer? That’s the question that many people were left asking.

Elsewhere in the episode Hodgins (T.J. Thyne) struggled to cope with the pain in his legs but refused medication despite Angela’s (Michaela Conlin) attempts to help him.

When Bones returns for its shortened twelfth and final season in 2017, Brennan and Booth (David Boreanaz), and the rest of the Jeffersonian team, will have 12 episodes to bring the long-running series to a satisfying conclusion. It has already been confirmed that Zack will appear in 3-4 episodes and that there will be two minor character deaths and another big character return.

As we patiently wait for 2017 to roll around, I’ve put together a list of the 10 things that I want to see when Bones takes its final bow.

1. Zack not to be the Puppeteer. It would be a shame if Zack were brought back only to be a killer once again. After the amount of time he’s spent in hospital dealing with his issues, I’d like to think that Zack is reformed and ready to make up for his past mistakes.

2. The Puppeteer arc to span the entire season. I really hope that everything isn’t revealed in the first episode of the new season and that clues are dropped throughout the season, much like season 3’s Gormogon arc. I prefer Bones when it’s darker and The Nightmare in the Nightmare was one of the show’s finest episodes to date.

3. Brennan and Booth to explore darker cases. I want each episode of the final season to really wow. As it’s only 12 episodes there’s no room for filler and while humour has always been a part of Bones, I would like Brennan and Booth to face some real threats to their happily ever after.

4. A happy ending for Hodgins and Angela. The characters have been the heart of the show for such a long time and they’ve been put through the mill since Hodgins’ accident. I hope that they are in a much stronger place by the end of season 12 and looking ahead to their future.

5. Hodgins to walk again. It feels like that’s the way the storyline is heading now he’s experiencing pain and some feeling in his legs again. Regardless of how medically possible his recovery is, I’d like to see Hodgins back on his feet by the end of season 12.

6. Cam (Tamara Taylor) and Arastoo (Pej Vahdat) to get married. I’m fairly sure that if we see the wedding it will be in the midst of a murder investigation but I really want a happy end for these characters. They’ve been through a lot and I was delighted when they found their way back to each other following their split.

7. Plenty of squintern love. I would love an episode where all the squinterns work together to solve a case. The show has done this before but there are some newer faces that have never really interacted with the other squinterns before.

8. A homage to Sweets (John Francis Daley). The showrunners have confirmed that we will see some familiar faces in flashback during the final season and I really hope that Sweets is one of those. He was such an integral part of the show and as much as I love Aubrey (John Boyd) he’s no Sweets.

9. Lots of Caroline Julian (Patricia Belcher). Caroline always brings a bit of comedy and plenty of feistiness to Bones so I miss her when she’s not on the screen. There was a distinct lack of Caroline in the second half of season 11 and I’d like that rectified in season 12.

10. Aubrey and Jessica (Laura Spencer) to get engaged. I don’t necessarily need to see them marry but it would be nice to see them heading towards a happy ending as the show comes to an end. They make a sweet couple and I’ve enjoyed the development of their relationship.

Bones will return to FOX in the US and Sky Living HD in the UK in 2017 for its final season.