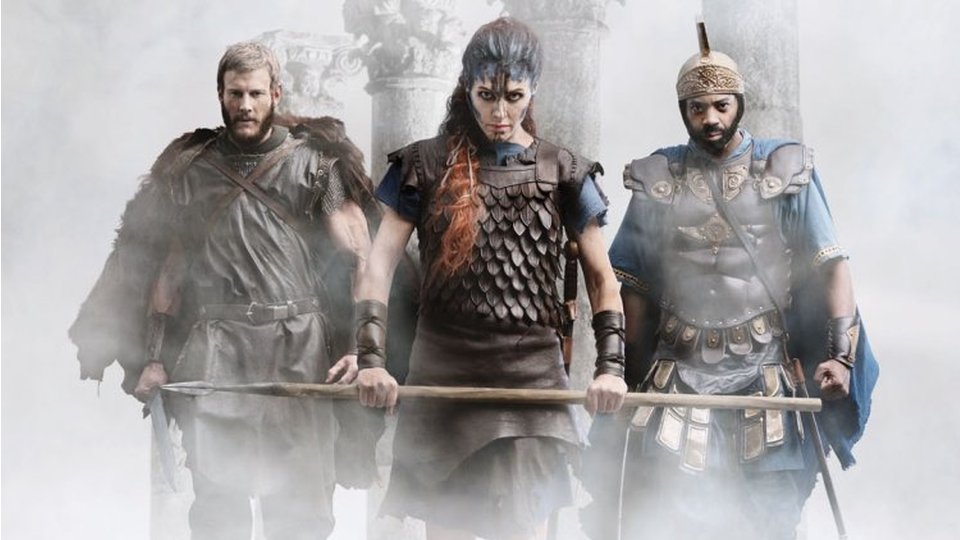 New docu-drama series Barbarians Rising is coming to HISTORY in August it has been announced.

The original series made for HISTORY US by UK production company October Films, portrays some of history’s most legendary warriors as they engage in one of mankind’s bloodiest battles for freedom.

Barbarians Rising tells the story of the rise and fall of the Roman Empire from the perspective of the underdog, in a rebellion against absolute power and corruption. The series follows the journey of men and women who launched brutal battles, waged over a 700 year period, that shape the world we know today. The Roman Empire called them “barbarians”; tribes the Romans viewed beyond the fringe of civilization that lived a brutish and violent existence.

The series stars Nicholas Pinnock (Marcella, Fortitude) as Hannibal, who vowed a blood oath at the age of nine to destroy Rome; Jefferson Hall (Vikings, Game of Thrones) as Viriathus, the shepherd-turned-rebel leader; Ben Batt (The Edge of Love, Shameless) as Spartacus, the slave-turned-rebel who led a barbarian revolt; Tom Hopper (Black Sails, Merlin) as Arminius, the son of Germany surrendered to Rome; Kirsty Mitchell (The Royal Today, River City) as Boudica, the avenging Celtic warrior Queen, Steven Waddington (The Imitation Game) as Fritigern, the warrior who took down an Emperor, Gavin Drea (What Richard Did, Love/Hate) as Alaric, the king of the Goths, and Richard Brake (Batman Begins, Game of Thrones) as Geiseric, the last barbarian standing.

Other cast members include Alexander Vlahos (Versailles, Merlin) as Roman emperor Valentinian, Steven Berkoff (Clockwork Orange, The Girl with the Dragon Tattoo) as Roman emperor Augustus and Emil Hostina (Harry Potter and the Deathly Hallows Parts I and II) as Attila the Hun, scourge of the east.

In this article:Barbarians Rising, HISTORY