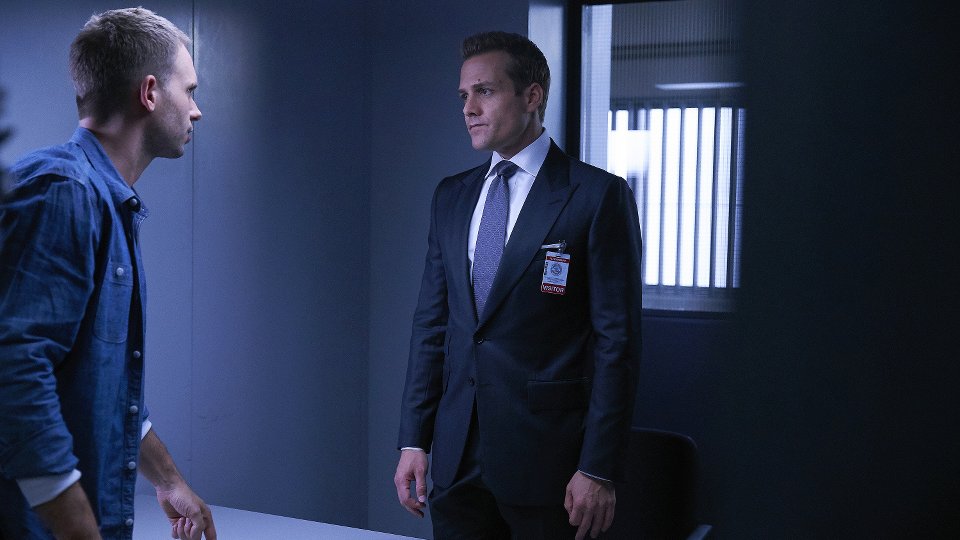 In trying to help, Harvey (Gabriel Macht) managed to make things a whole lot worse for Mike (Patrick J. Adams) in prison on the latest episode of Suits.

Donna (Sarah Rafferty) managed to get Rachel’s (Meghan Markle) name on the prison visiting list but when Mike got in a fight with Frank Gallo (Paul Schulze), his visiting privileges were revoked. As Harvey is Mike’s lawyer, he managed to get access to him and after promising Mike he wouldn’t interfere with Frank he couldn’t resist when Frank taunted him as he left the prison.

Realising the error of his behaviour Harvey appealed to Cahill (Neal McDonough) to help get Frank moved so that Mike could get through his sentence without the threat of Frank looming over him. Harvey told Mike the plan and asked him to keep his head down but things almost went horribly wrong when Frank and his men attempted to shiv Mike. Thankfully Mike’s cell mate Kevin (Erik Palladino) got one of the guards to break things up putting his own life in danger.

Elsewhere in the episode Louis (Rick Hoffman) settled the lawsuit against PSL, which was very nearly ruined by the return of Elliott Stemple (Patrick Fischler) who also threatened to sue the firm. Harvey stepped in and managed to placate Elliott by giving him a painting, one that had a lot of sentimental value. Jessica (Gina Torres) meanwhile was threatened with a lawsuit by Jack Soloff (John Pyper-Ferguson), which she managed to kill before loaning him the money he needed to buy in to Robert Zane’s (Wendell Pierce) firm.

The next episode of the season is Back On the Map. Mike tries to remain safe without breaking Danbury’s unwritten rules; Jessica and Harvey try to land a whale; Louis searches for an office tenant; and Rachel faces a fellow student.