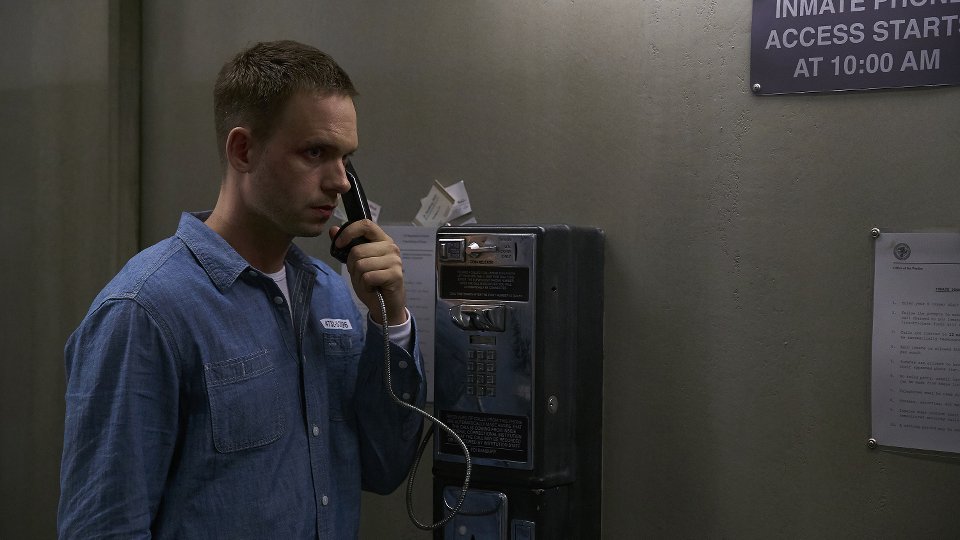 The plucky fake lawyer made two mistakes within hours of arriving at his home for the next two years. Firstly he tried use his smarts to pass a psychological evaluation with psychiatrist Julius (Malcolm-Jamal Warner) and then he trusted his new cellmate Frank (Paul Schulze) who revealed he had a grudge against Harvey (Gabriel Macht) after Mike divulged lots of personal information.

Elsewhere in the episode Harvey, Jessica (Gina Torres), Louis (Rick Hoffman), Donna (Sarah Rafferty) and Rachel (Meghan Markle) came together to try and save PSL when a lawsuit was filed against them following the departure of all their partners and staff. Jessica encouraged Harvey and Louis to get high to work out their differences and Louis came up with a plan to save the firm.

The next episode of the season is Accounts Payable. PSL faces a lawsuit from old clients. Mike has issues with a fellow jailbird.