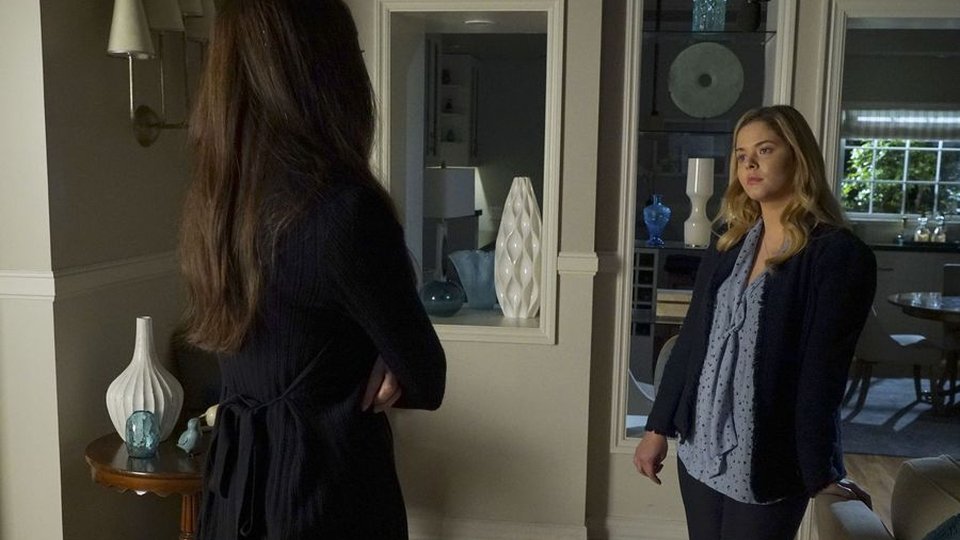 The PLLs accidentally killed Dr. Rollins (Huw Collins) during their attempt to rescue Alison (Sasha Pieterse) from his clutches. After burying him all of the liars struggled to deal with what they’d done but thankfully Mona (Janel Parrish) was on hand to help them with the cover up.

Jenna (Tammin Sursok) returned to Rosewood and it seems that she was in league with Rollins the whole time. Elsewhere Toby (Keegan Allen) discovered that Rollins was dead and warned the PLLs unaware that they were responsible for his disappearance.

The next episode of the season is Along Comes Mary. In order to leave the psychiatric hospital, Ali must be released into the care of a relative, leaving her under the suspicious watch of Mary Drake (Andrea Parker). Spencer enlists Hanna’s help to search for Caleb (Tyler Blackburn) as he’s missing in action. Aria and Emily stumble upon a secret apartment they hope will lead them to more answers.

Ahead of the episode airing watching two sneak peek clips…

Aria stops by to see Ali

Pretty Little Liars continues at 8/7c tonight on Freeform in the US and tomorrow on Netflix in the UK.