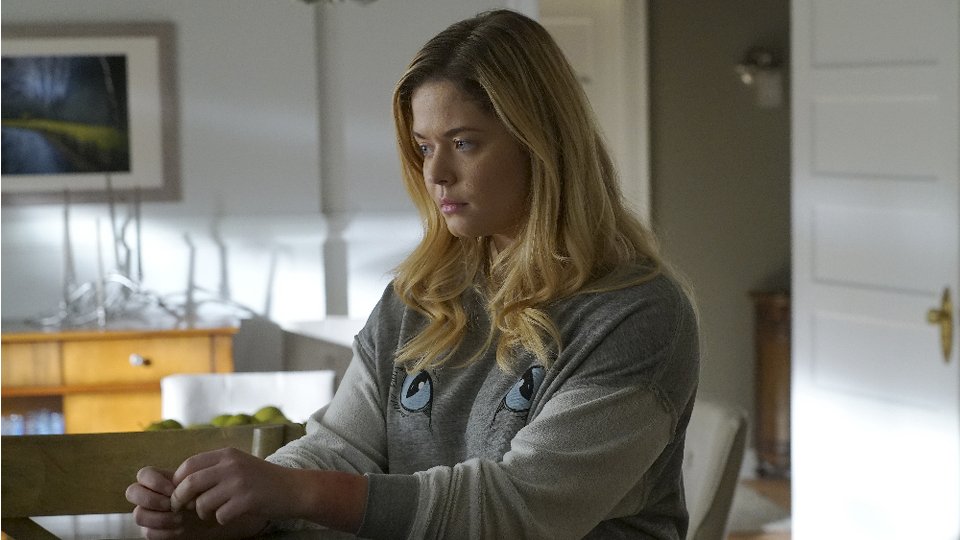 Hanna (Ashley Benson) mowed the evil doctor down and Aria (Lucy Hale), Spencer (Troian Bellisario) and Emily (Shay Mitchell) buried the body. Between them they concocted a plan to cover their tracks and with the help of Mona (Janel Parrish) they discovered that Rollins was really called Archer and he was in league with Jenna (Tammin Sursok), who made a surprising return to Rosewood.

Elsewhere in the episode Caleb (Tyler Blackburn) did a disappearing act after failing to save his relationship with Spencer and Spencer almost hooked up with a mysterious man at The Radley.

The next episode of the season is Along Comes Mary. Jenna returns to Rosewood and befriends another one of the Liars’ enemies, making her the PLL’s number one suspect for Uber A. In order to leave the psychiatric hospital, Ali must be released into the care of a relative, leaving her under the suspicious watch of Mary Drake (Andrea Parker). Spencer enlists Hanna’s help to search for Caleb as he’s missing in action. Aria and Emily stumble upon a secret apartment they hope will lead them to more answers.

Tune in to Freeform Tuesday at 8/7c in the US and Netflix on Wednesday in the UK to see the episode. Preview it with our gallery below: