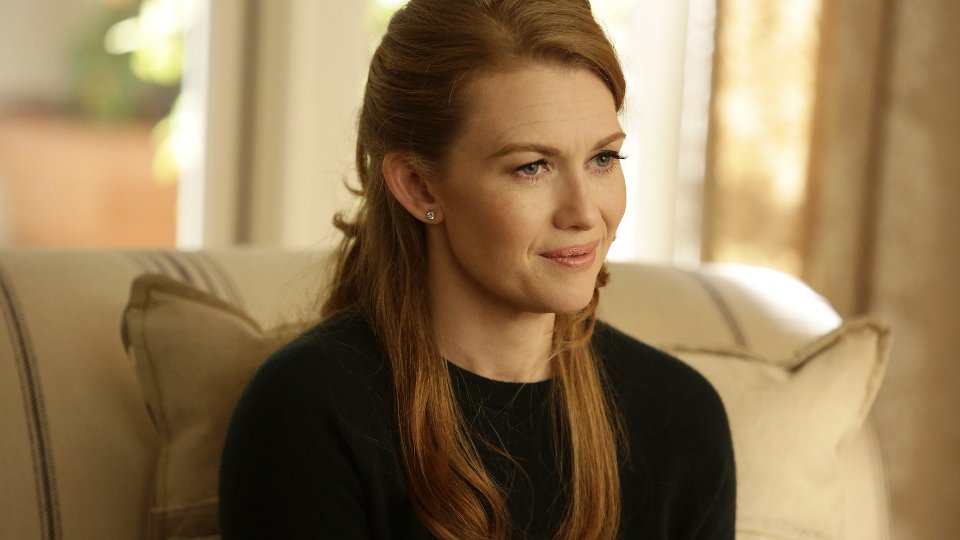 Margo (Sonya Walger) found out that Ben (Peter Krause) was secretly meeting up with Alice (Mireille Enos) on the latest episode of The Catch.

After narrowly pulling off her latest scam with Ben’s help after her brother Rhys (John Simm) almost ruined it, Margo was surprised to learn that not only had she been played by her brother and ousted from her job, she’d also been lied to by Ben. Her solution was to pose as Alice’s new therapist to get closer to her love rival.

Elsewhere in the episode Alice tried to put an end to things with Ben but needed his help when the firm got pulled into the middle of a case that involved a mother who had organised the kidnapping of her own child.

The next episode of the season is The Package. Ben agrees to help Rhys with one of their biggest cons to date: to break Leah Wells out of FBI custody. Meanwhile, Sophie asks Alice and the AVI team to help a friend get out of a very bad contract, and, in doing so, they learn that Sophie has a few more tricks up her sleeve.

In this article:The Catch